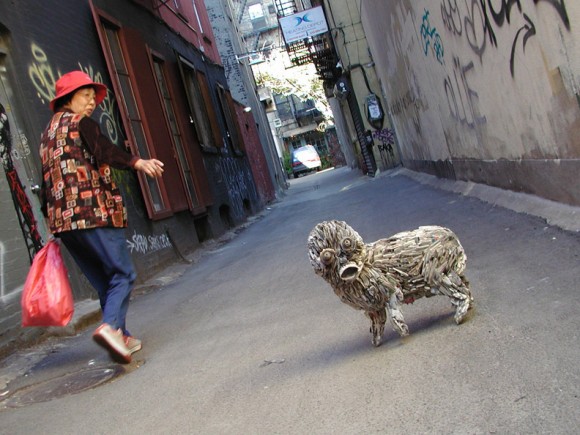 New York born, Tucson based artist, Nick Georgiou creates some pretty wild animal sculptures using discarded newspapers. He is inspired by the death of the printed word/world and the toll it has taken on the environment. Georgiou has been taking his crazy critters on photo journeys in urban environments and documenting peoples reactions passing by. Check out more of Nick Georgiou’s art work on his blog. 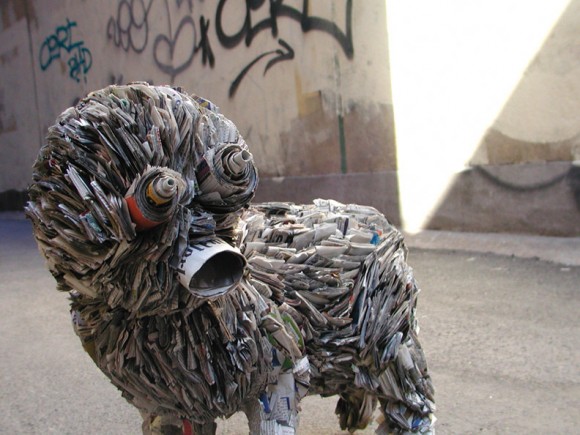 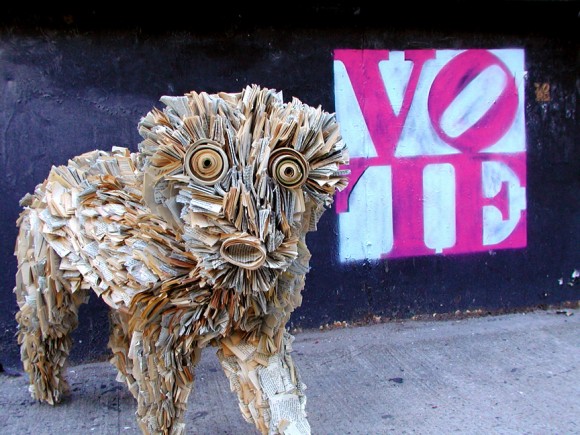 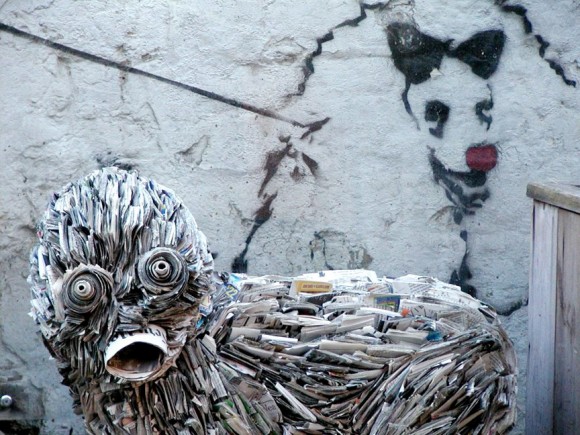 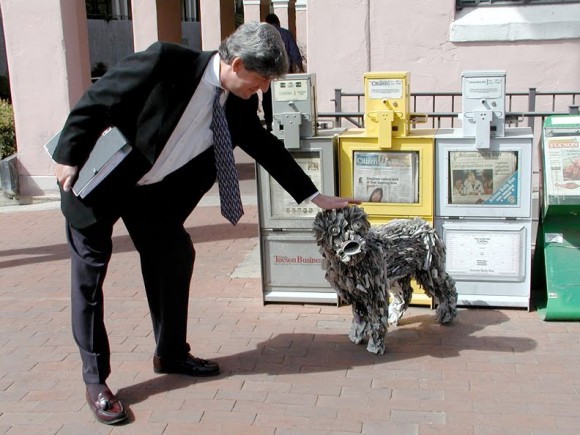 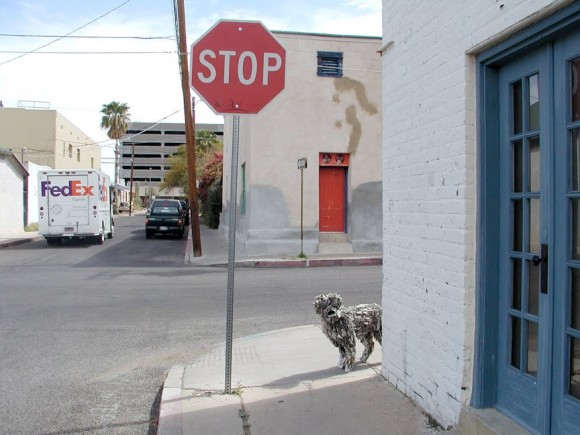 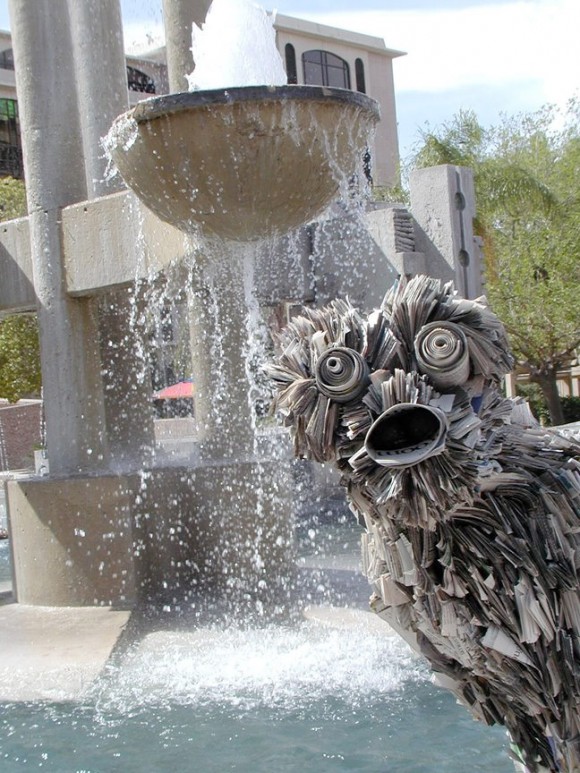 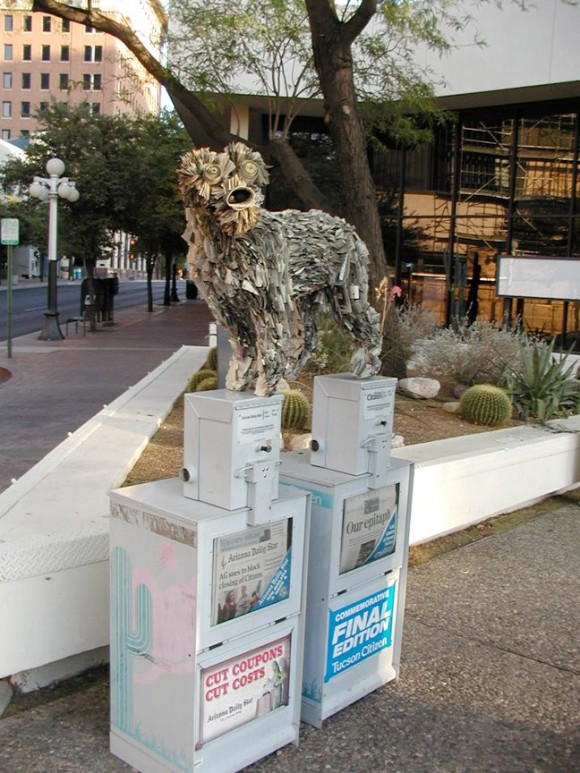 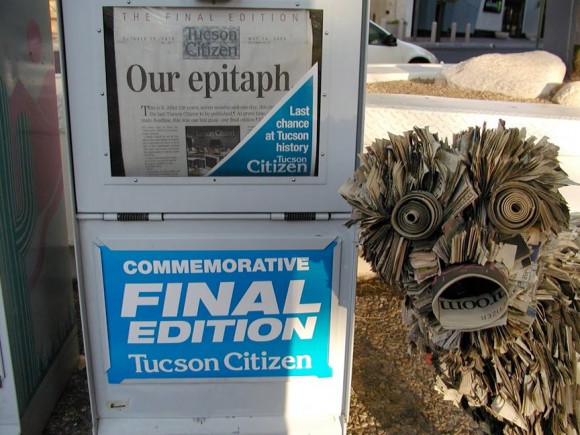 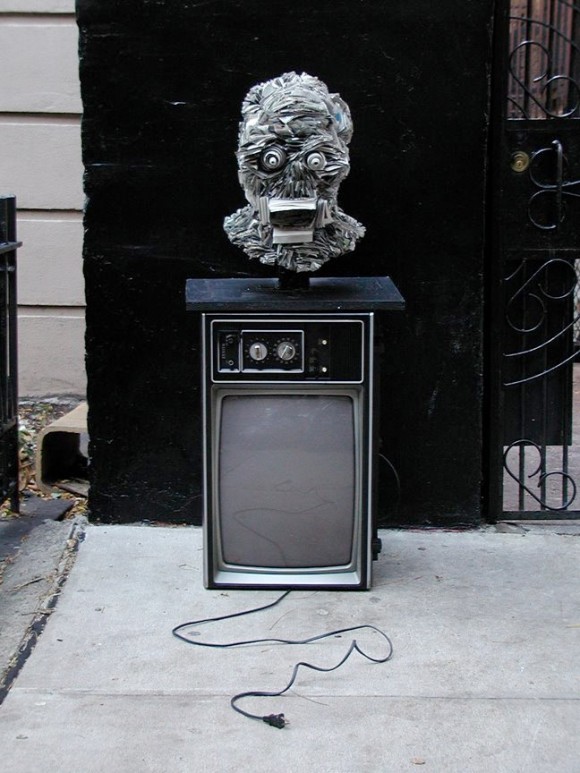 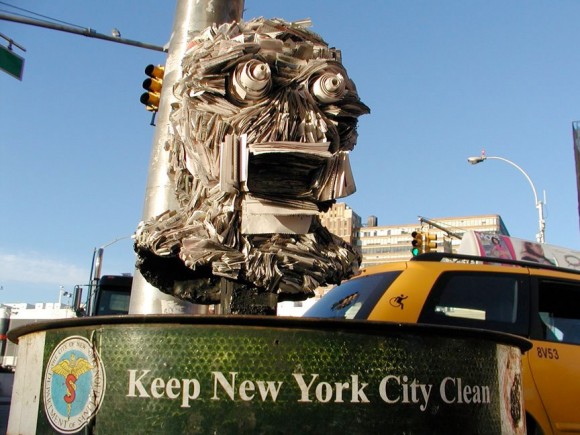 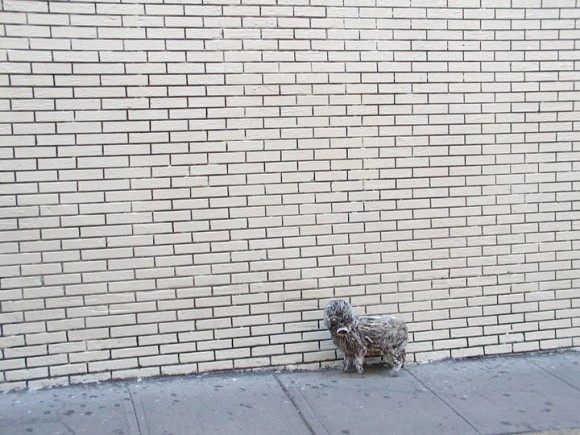