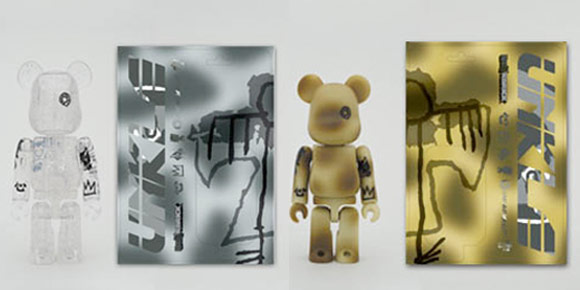 James Lavelle aka UNKLE has recently curated his first exhibition of Daydreaming With… James Lavelle and to commemorate the special event he teamed with Medicom to create some limited edition Bearbricks. There is a 400% (12-inch) Clear version and a 100% (3-inch) Clear and Camo versions which are currently available. UNKLE is kicking off his US tour and giving away 1 signed edition of a 3-incher in the cities New York City (Saturday 10/23), Los Angeles (Monday 10/25) and San Francisco (Thursday 10/28). Check out UNKLE’s Facebook Event page to get more information on how to enter to win one of these rare releases.