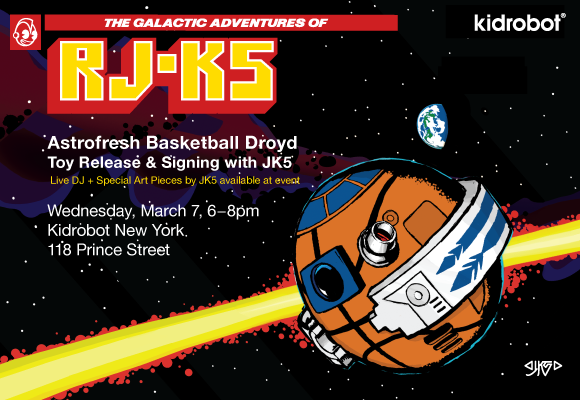 Flowbots overlord, JK5 will be bringing his creative forces to Kidrobot New York TONIGHT for a pre-release signing of the 2 new RJ-K5 Astrofresh Basketball Droyds. Get the scoop on these cross culture resin collectibles before anyone in the universe. The evening’s festivities will include DJ Rage Johnson, a band of Stormtroopers and Jedis, plus special art works will also be available. Get down with JK5 this evening Wednesday, March 7 from 6-8pm.

The Hyper Space All-Star and the Galactic Game Ball drop galaxy wide tomorrow. Only 327 of each in existence.