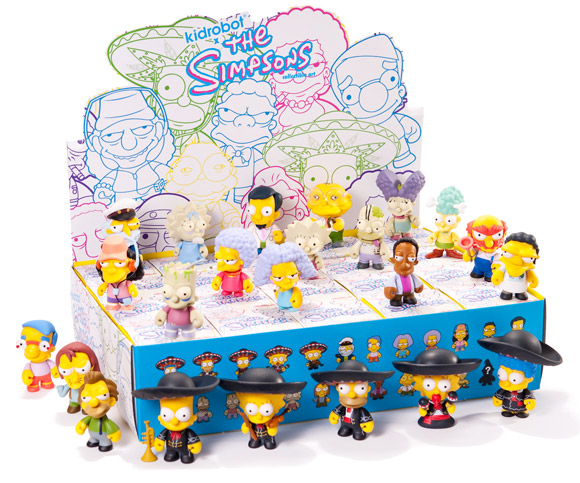 Matt Groening and Kidrobot join forces once again to embiggen your vinyl collection! This new 25-character series features some of Springfield’s most notable citizens including extended family members and lovable barflies, as well as alternate versions of your favorite nuclear family. The blind boxed series are now available for $9.95 US (£9.00 UK; 10€ Europe) at Kidrobot stores, Kidrobot.com and select retailers.  Keep your eyes peeled for two top-secret chases! 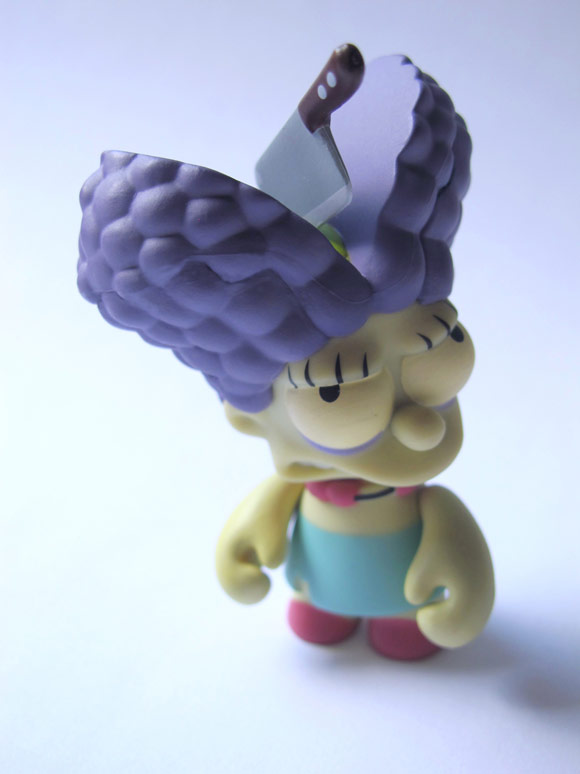 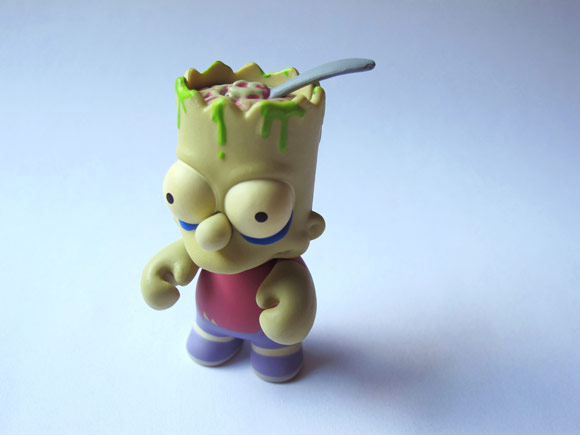 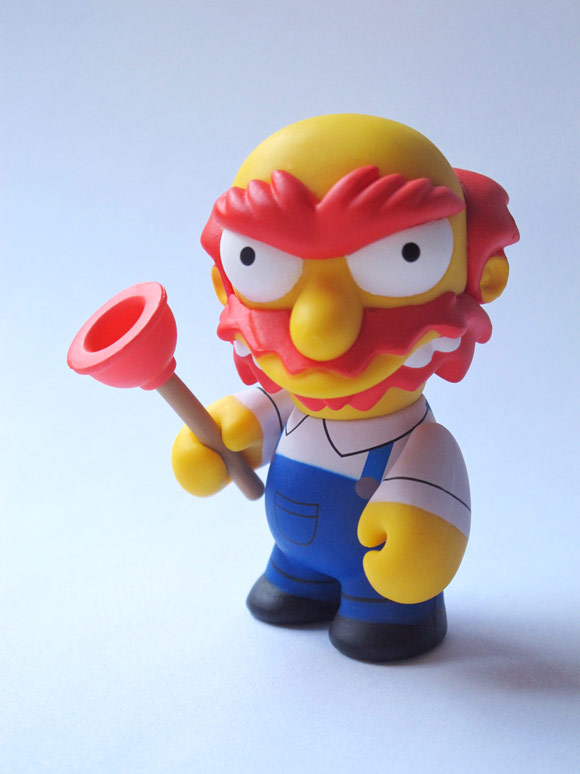 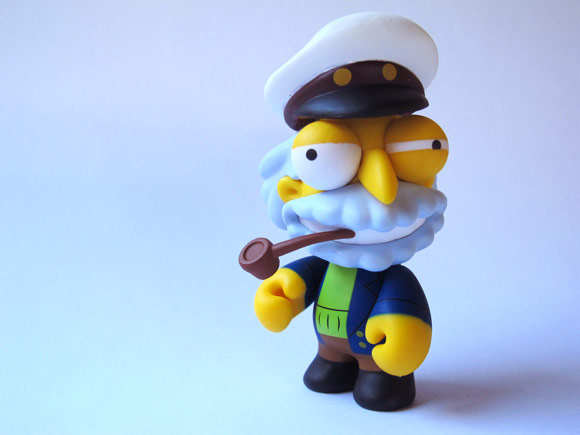 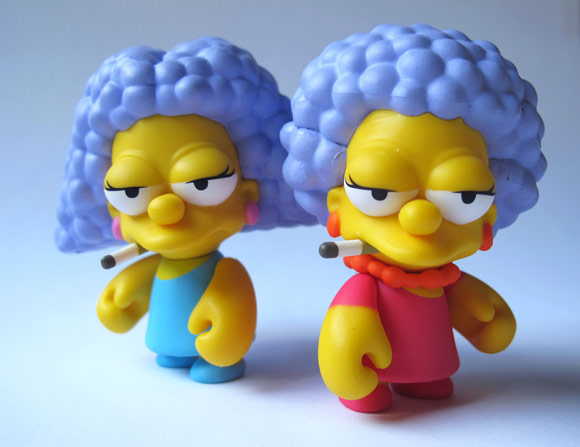 This was a great Simpsons collection, I love it.
The sad thing is that now Kidrobot only produces variations of Mr Sparkle.