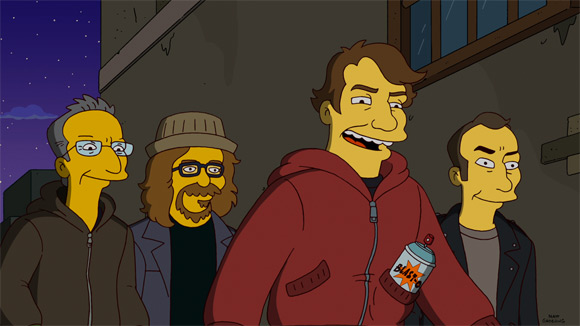 The Simpsons pump up their street cred in their upcoming episode “Exit Through The Kwik-E Mart” featuring artists Shepard Fairey, Ron English, Kenny Scharf and Robbie Conal. It wasn’t too long ago that the culturally relevant cartoon invited BANKSY to direct the opening sequence. In this new graffiti influenced episode, Bart rebels and starts pasting posters of Homer’s unflattering image all throughout Springfield only to be caught in the act by the 4 famed street artists (who also use their own voices in the show). This then leads to Bart being invited to show his satirical art in his very own gallery exhibit. You can catch the airing of “Exit Through The Kwik-E Mart” on Sunday, March 4.

“Part of being on ‘The Simpsons,’ is you’re being honored as a reference point in culture, but you also can’t be too sensitive about that part of culture being made fun of…There’s irony that comes with something outsider becoming insider. And they do a great job of examining that…. The story line is great, and they were kind enough to indulge a couple of my dialogue suggestions designed to make the social commentary more pointed(even though I had to make fun of myself to do so).”  -Shepard Fairey 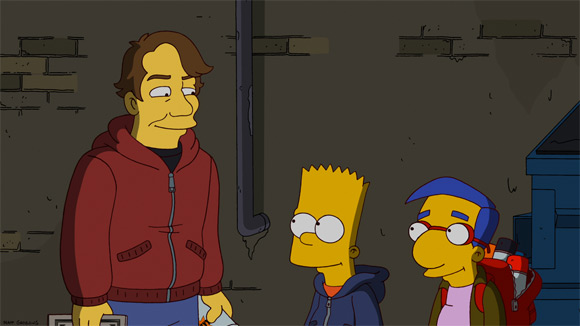