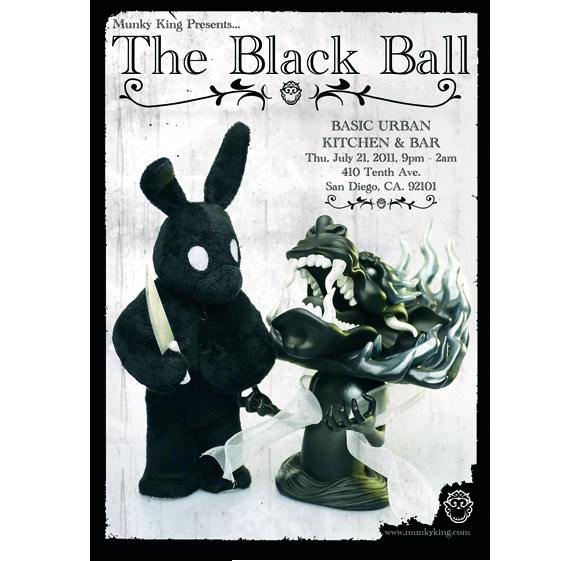 Getting the party started right is Munky King’s annual SDCC celebration, The Black Ball. This year will be extra special as they host Clutter Magazine’s inaugural ceremony of the Designer Toys Awards. The talented Luke Chueh, Yoskay Yamamoto, Arron Woes Martin and Jesse Hernandez will also be busting out their brushes on a mystery canvas all evening with tunes provided by DJs R-Rated and Cobi.1. Taking place at Bar Basic on Thursday, July 20 from 9pm – 2am with the award announcements going down promptly at 9:30pm. This is something all you Comic-Con art nerds don’t want to miss. 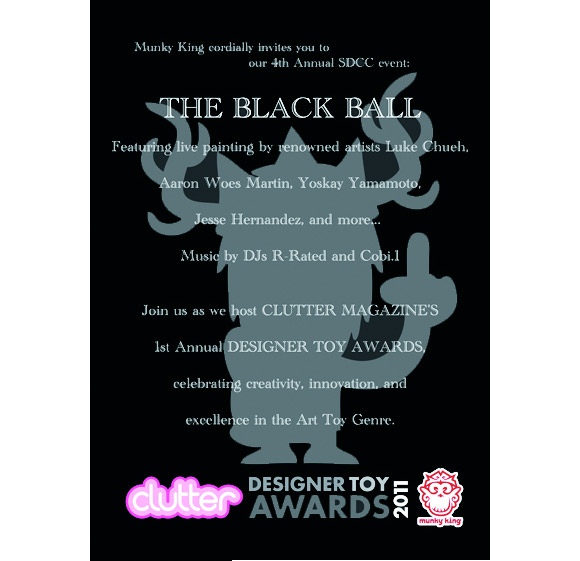