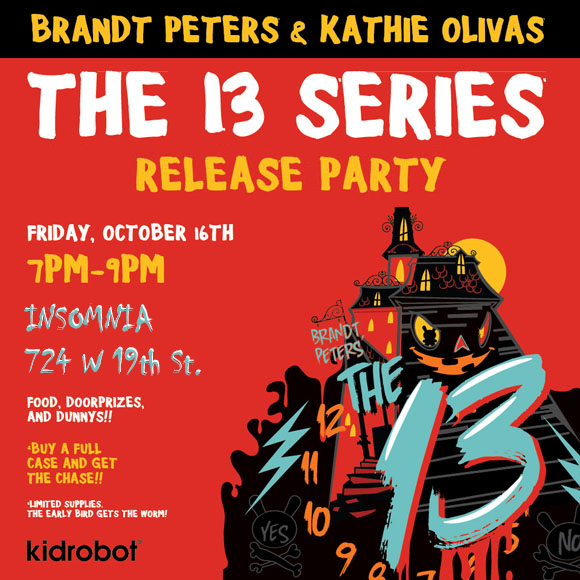 Besides the epic 3D Retro Release party for The 13 Dunny series tonight, we thought we tell you about a few other trading parties happening to maximize the Dunny love!

If any of you are going to be in the Denver area on Friday, we’re having a 13 Dunny trading party at the Denver Art Toy Meetup!

We’ve been having toy collector parties once per season for almost 2 years and our next event is on October 16th!

Bring whatever you have from your personal collection that you’d like to trade. And you know there will be plenty of the new 13 Dunnys to buy and trade as well!!

There will be DJs, some killer raffles and great giveaways provided by Kidrobot and Lowbrow of course!

Here’s a little video to show you what we do: https://youtu.be/KvkX90XEBeU 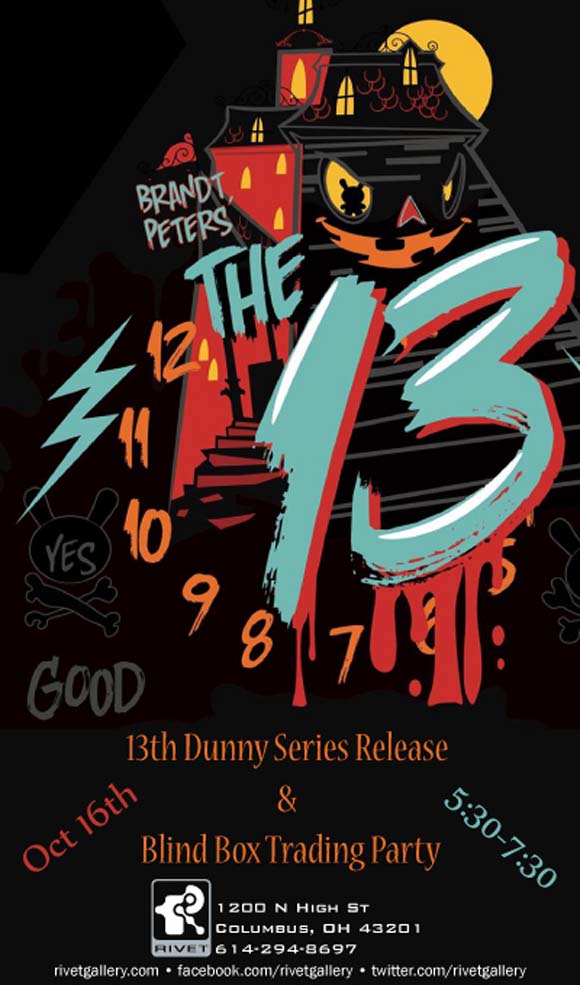 Rivet in Mark your calendar… Join @rivetgallery next Friday, October 16 for The 13 Dunny series release and blind box trading party from 5:30-7:30pm. @kidrobot and @brandtpeters return with this spooktacular series.
The 13 Dunny Series Release and Trading Party TODAY! 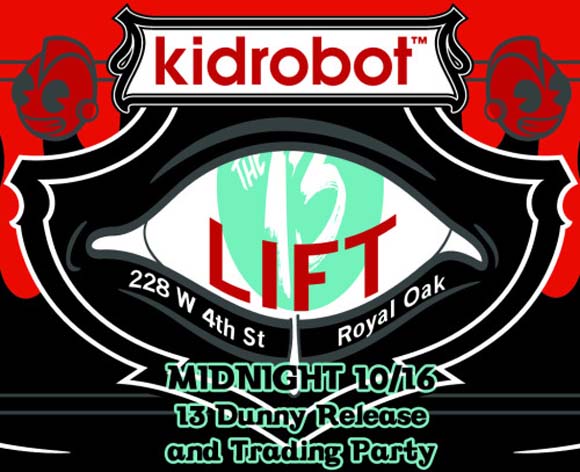 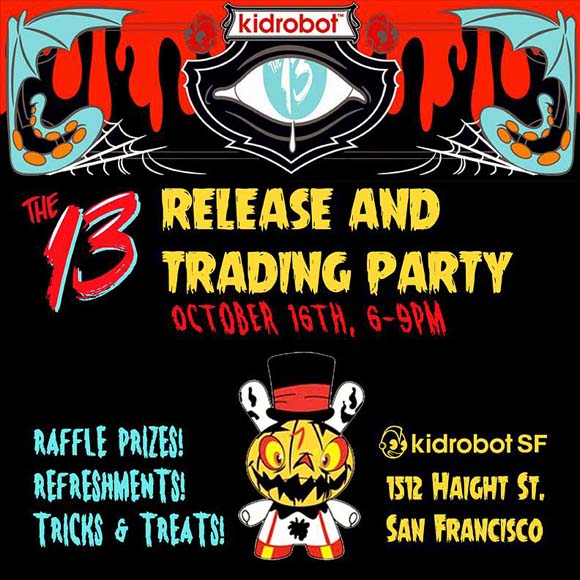 After over a year with NO new Dunny series, Kidrobot is finally releasing The 13, a seasonally appropriate new batch of ghoulish toys designed by the team of Brandt Peters and Kathie Olivas (the duo who collaborated on the very successful Wandering Misfits series back in 2014).

If you do… Join us at Insomnia on Friday, October 16th for The 13 Dunny Series release party and trading session! We’ll have food, door prizes and The 13 Dunny series available for purchase! As an event special, a limited amount of chase pieces will be given with a purchase of the full case.

Make sure to bring along your duplicate mini figures to trade other collectors! Raffle prizes will be announced asap! 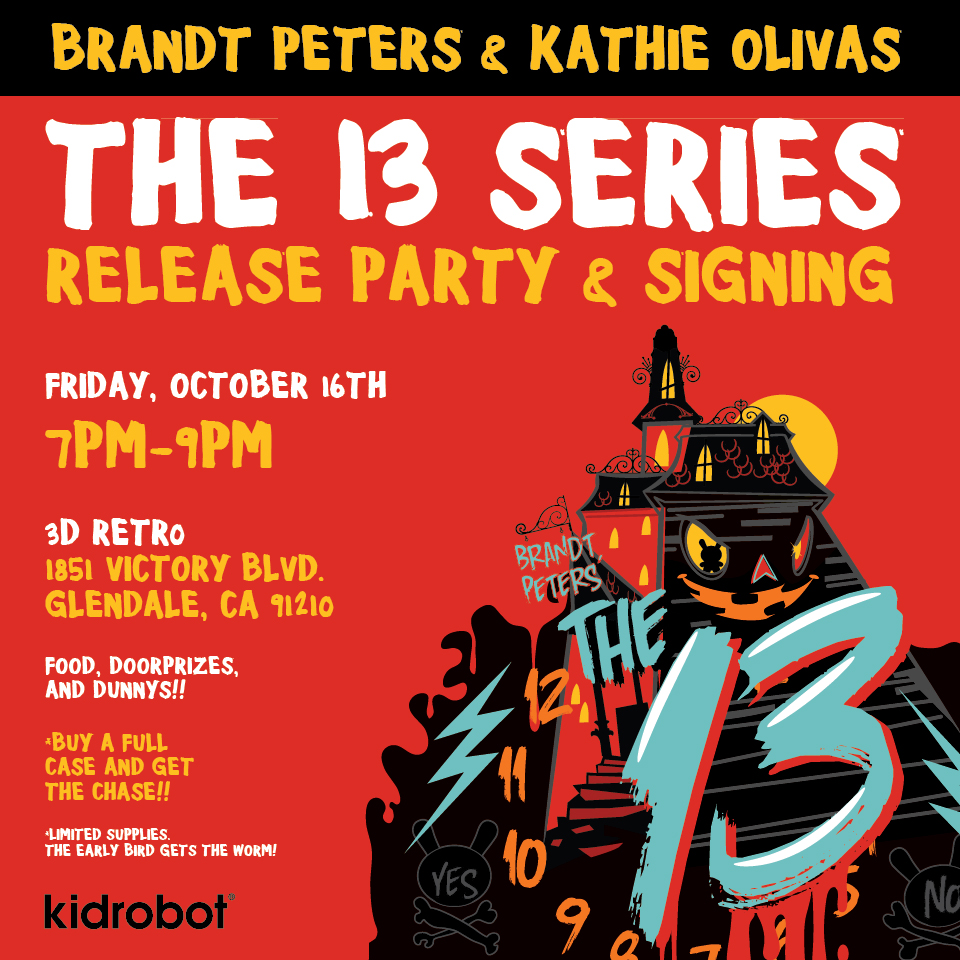 And do not forget the epic

Join Kidrobot, Brandt Peters and Kathie Olivas on Friday, October 16th for The 13 Dunny Series release party and signing at 3D Retro! We’ll have food, door prizes, coloring books, and The 13 Dunny series available for purchase! As an event special, a limited amount of chase pieces will be given with a purchase of the full case. This event will take place at 3D Retro in Glendale, CA from 7pm-9pm.

Check your local stores to see if they will have a trading party too!

The post The 13 Trading Parties!!! appeared first on Kidrobot Blog.