Tales From The Sneaky Crypt Group Show At KRLDN 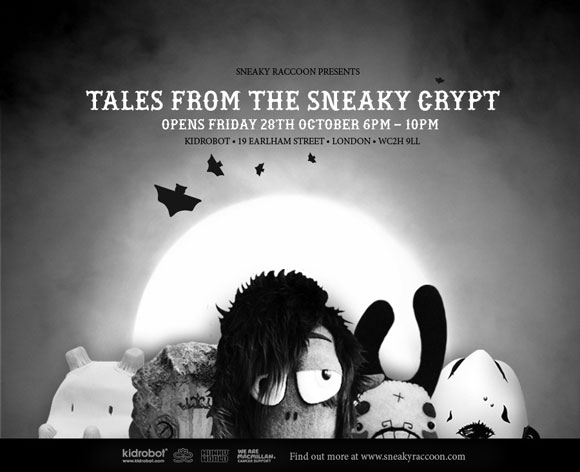 UK artist and Dunny designer, Sneaky Raccoon will be commemorating her 5 years of being Sneaky with a ghoulish group show at Kidrobot London. Tales From The Sneaky Crypt will open next Friday, October 28 from 6-10 pm at our Covent Garden location. Join the Sneaky Crypt and help raise money for the McMillian Cancer Support. The creepy evening will be filled with spooky live screen printing and drawing, homemade sweet treats, a fundraising  raffle and a ton of hair raising art and customs. 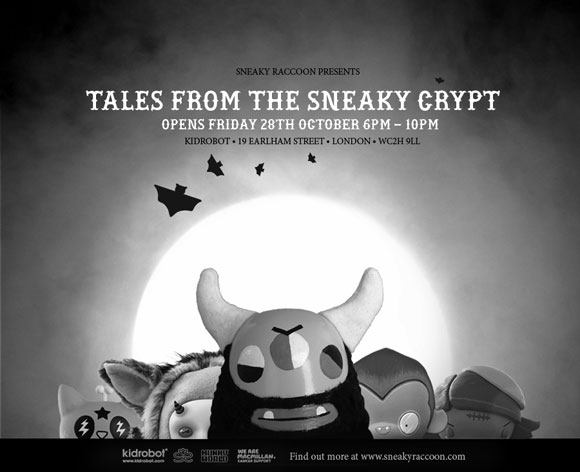 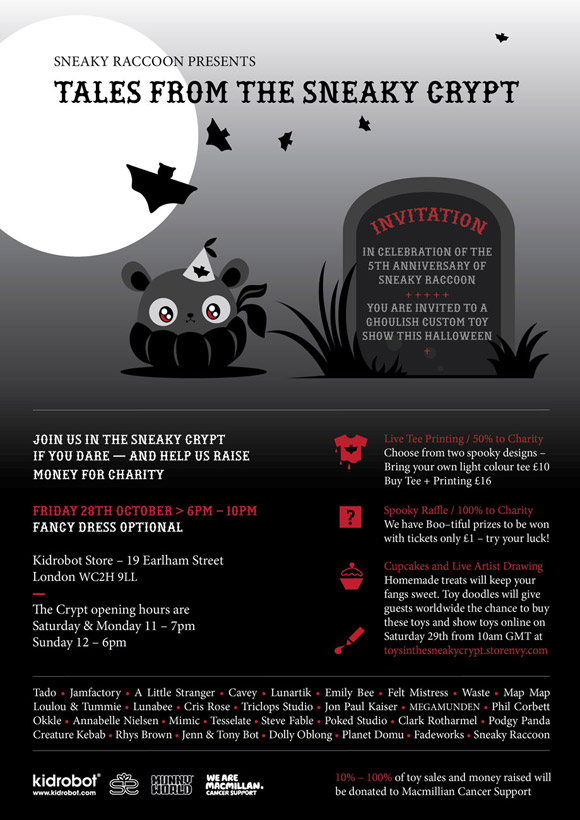 The post Tales From The Sneaky Crypt Group Show At KRLDN appeared first on Kidrobot Blog.