Kansas customizer, Ash Shiota has recently finished a brilliant commissioned 10-inch Labbit customized as a Smorkin’ School Bus. Inside and out, this one-of-a-kind art toy is equipped with many clever and satirical details. Not only does it fit half a dozen 3-inch Dunnys inside, accessible through a flip top cabin for easy collection evacuation, it also has an articulated SMORK sign to remind all the kiddies to SMORK if you gottem. Congrats to the lucky collector who inspired this custom and to Ash for doing such a bang up job. Bravo! 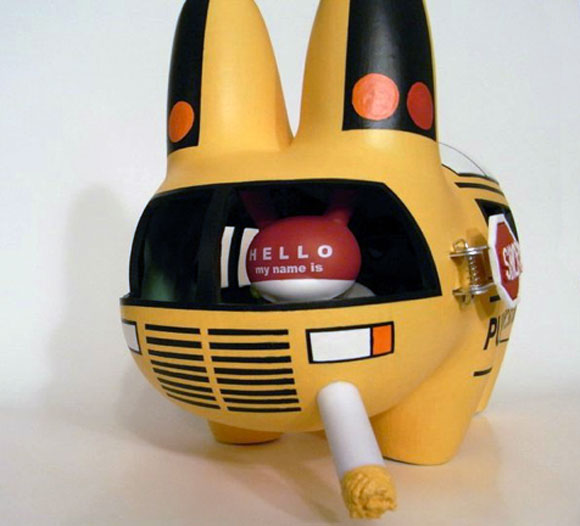 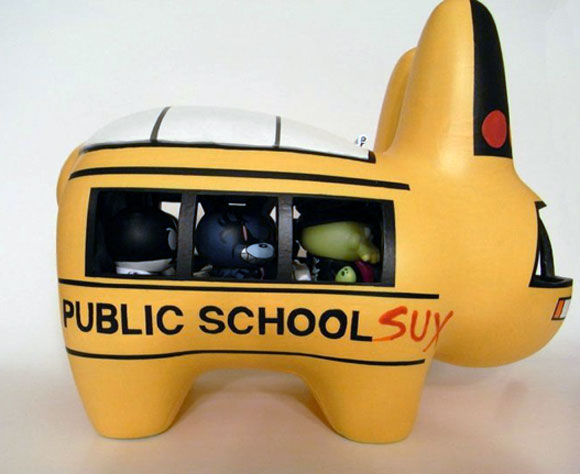 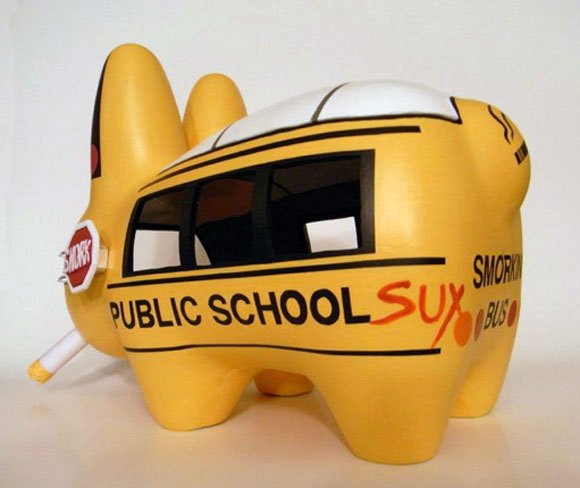 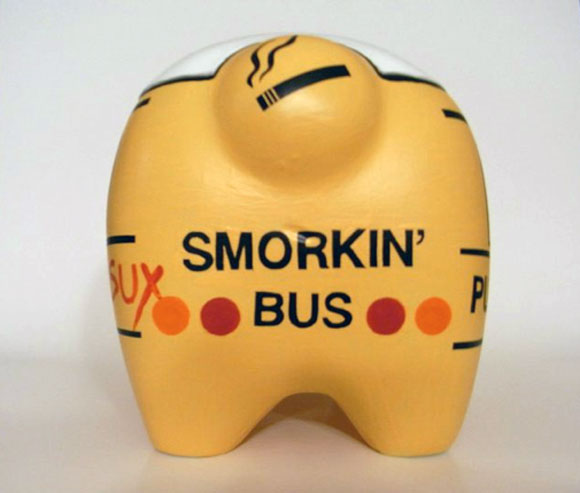 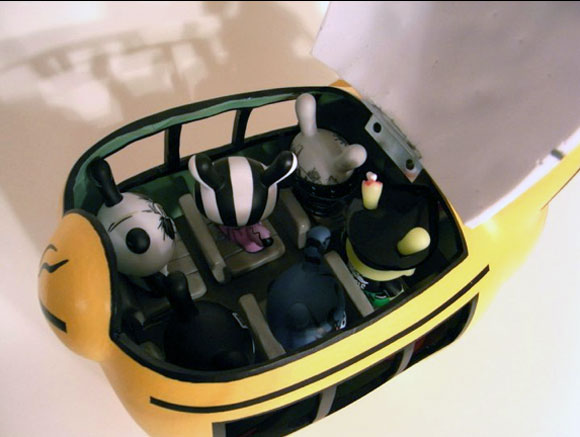