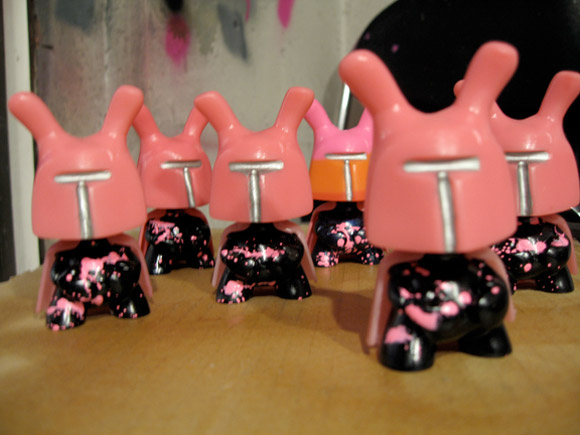 Toy lord of Chinatown, Sucklord is hooking up with the Cookies-n-Cream team to hustle some hot pink bootlegged Dumnys. The story goes, Sucklord and minions seized a stash of bootlegs from a rival sweatshop. After destroying the competition, adding some Sucklord flair and new packaging these bad boys are ready to hit the underground toy market. With a super rare edition of 6 peices and costing $40, the C-N-C mobile shop will be setting up on the corner of Broadway and Prince in NYC tomorrow, July 3 at 12 noon. Be following @TheCookiesMob on Twitter for a spontaneous relocation due to parking.