Joe and Georgia were nice enough to let me invade their space for a bit to catch a glimpse behind the scenes. We recently lined up a great exclusive of Joe’s Burger Bunny from The Loyal Subjects and it gave us the reason to finally make the visit happen. 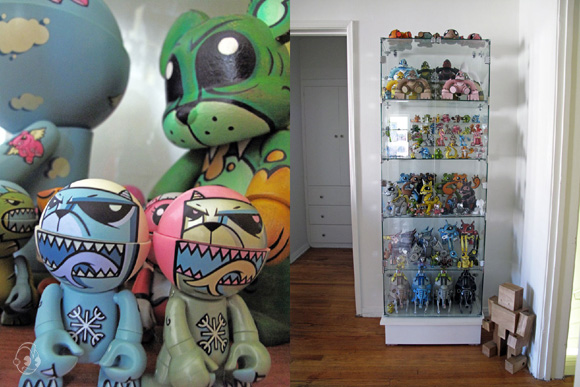 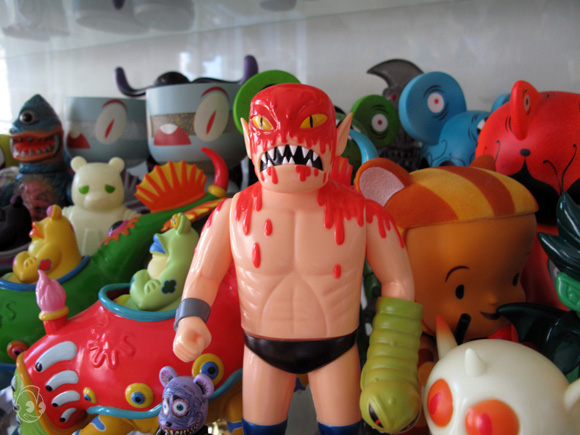 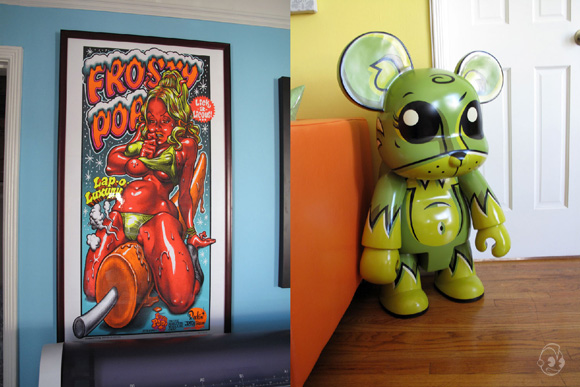 Mr. Ledbetter, among other artists, is an avid collector himself. Not only does their live/work space house a wonderful archive of Joe’s work, but a sizable collection of vinyl toys from his friends and inspirations as well. You name it, from Genevieve Gauckler and Rockin Jellybean to Johnny Ryan, they’re all there. Even down to a few customs of his own work done by other artists. Sorry if the pics are a little toy heavy, I was totally nerding out! 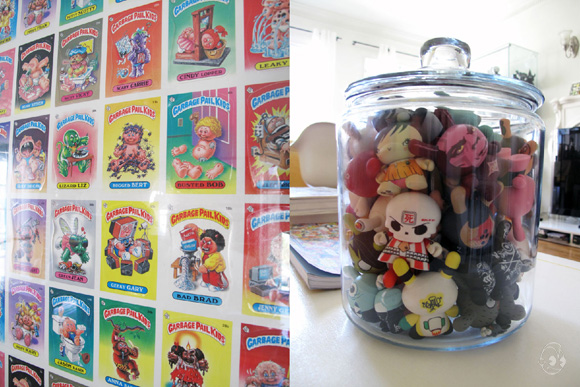 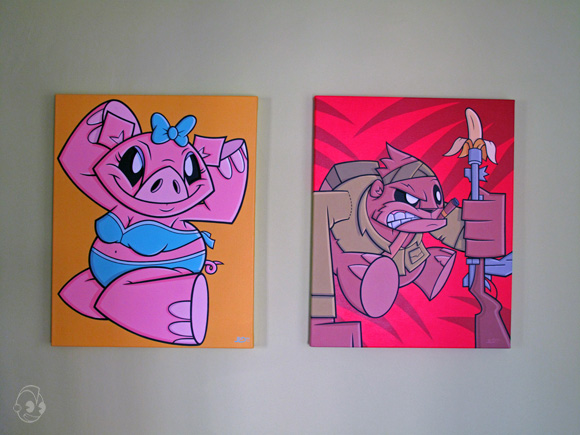 Yeah, JLED is showing no signs of slowing down any time soon. With the Kidrobot Swatch collaboration last year, a whole slew of upcoming releases including the Burger Bunny inflatable and even commissioned one-off Bunnys, he’s got his hands full. 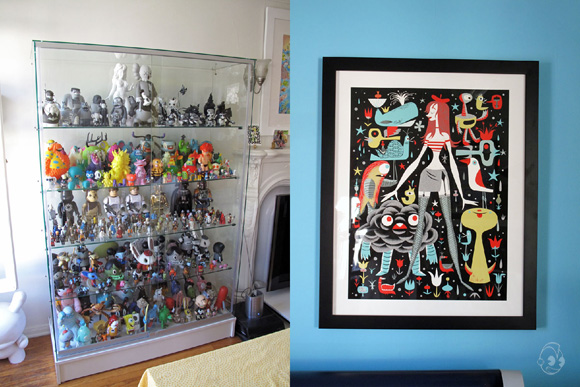 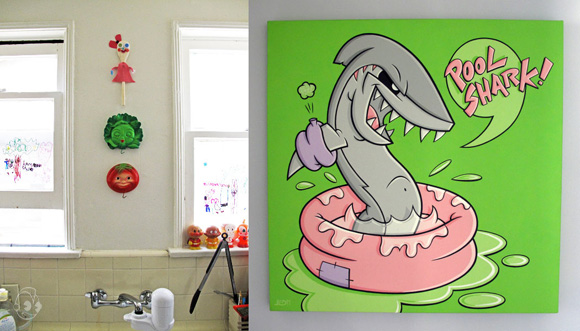 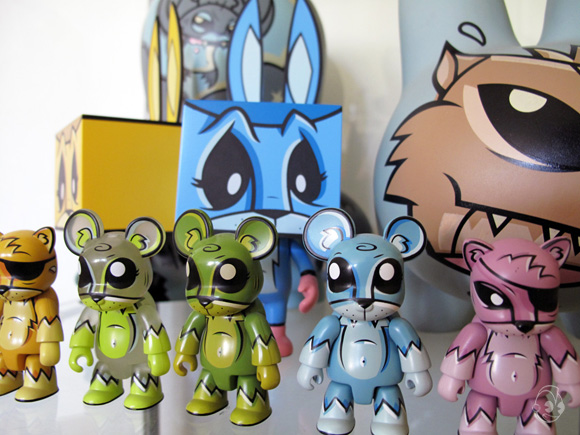 If you didn’t have a chance to make it out to Kidrobot Los Angeles for the special pre-release of the KR exclusive Veggie Burger Bunny, then check your local Kidrobot this Thursday, June 7th for the official release. You can also catch up with Joe on Twitter here or his official Facbook page here. 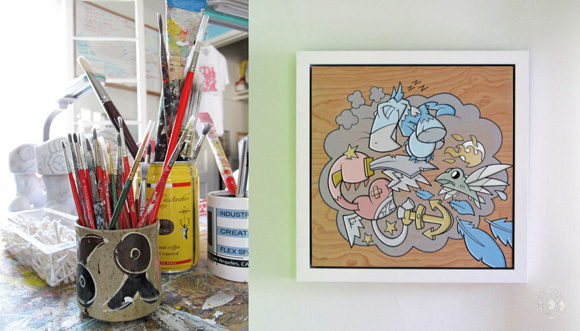 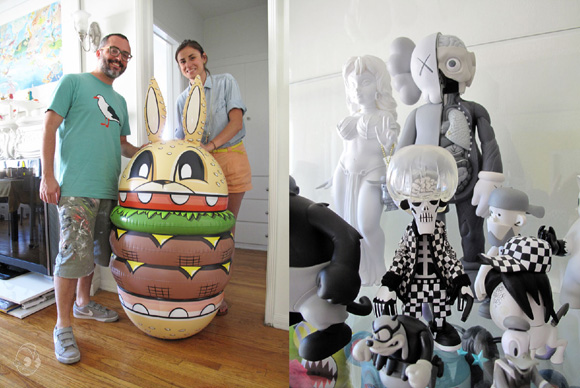