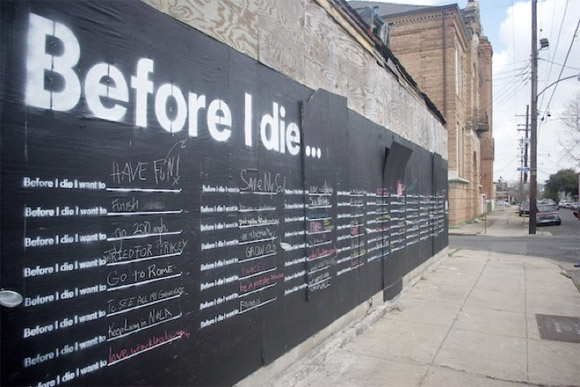 Installation artist and urban planner, Candy Chang recently inspired New Orleans locals to declare their hopes and dreams on a wall in their community for her new project, Before I Die. This interactive street art uses an abandoned house as a blackboard and encouraged passersby to write down the one thing they want to do before they kick the bucket with the chalk provided.

It’s also about turning a neglected space into a constructive one where we can learn the hopes and aspirations of the people around us.

To the artist’s amazement, the entire wall was filled before the end of the first day. 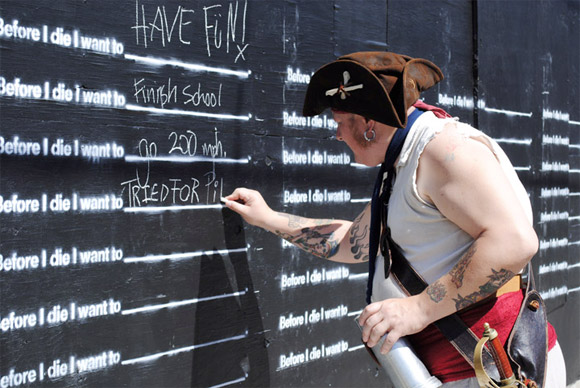 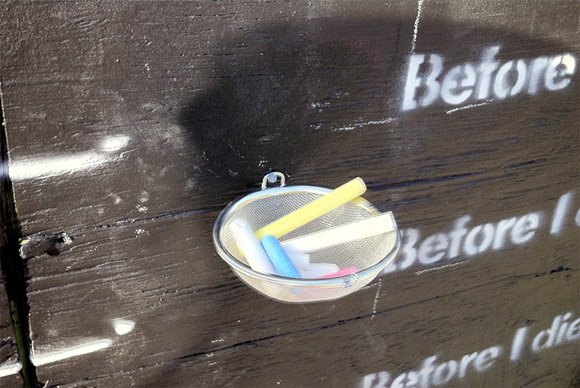 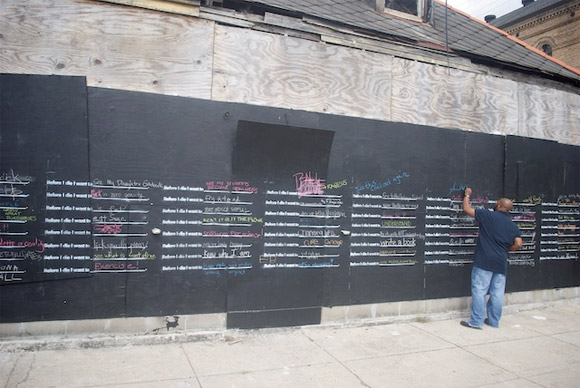 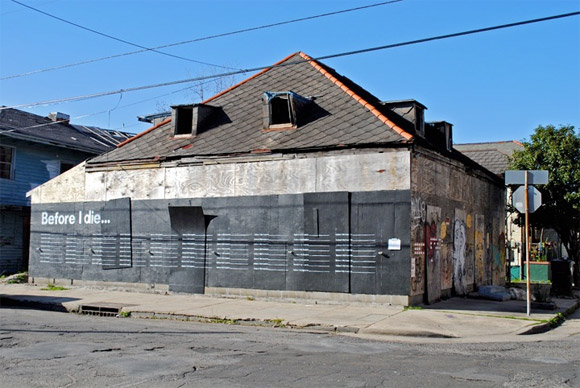