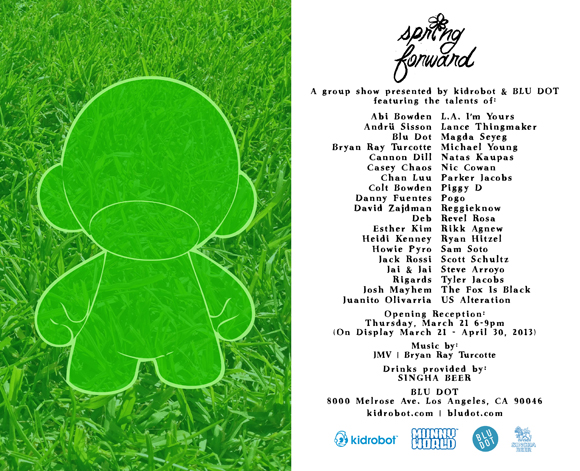 Kidrobot LA & BLU DOT team up for a custom MUNNY show featuring over 30 artists & designers.  Wanting to go beyond the “norm”, Kidrobot LA reached out to over 30 individuals ranging from illustrators, fashion designers, musicians, architects, graphic designers, among others; to bring their “Spring Forward” group show to life.  From fully conceptual, to classically illustrated, each MUNNY is a reflection of the artist’s own take on the forward thinking ideals of  “Spring”.  BLU DOT is a great partner due to their keen eye for design and beautifully crafted furniture; not to mention their awe-inspiring showroom, is the perfect setting for the opening reception and to showcase the diverse stylings of these unique designs. 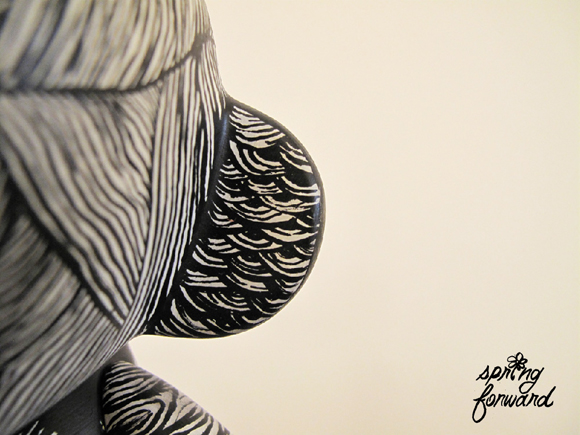