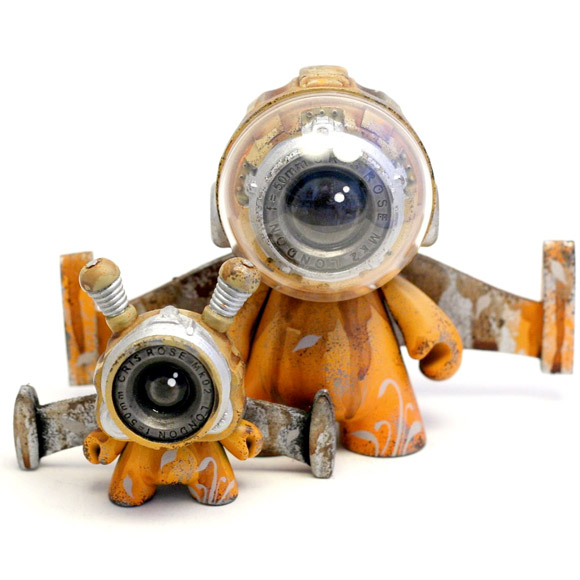 London designer, Cris Rose has just revealed images of his new custom Mini MUNNY & Dunny hybrids, the Sky Observers. This vinyl/ resin custom set is composed of a 3-inch Dunny in the form of Cris’s Observation Drone Mk2 and a 4-inch Mini MUNNY in the form of his Clear Vision Mk2. This dynamic duo will be up for grabs tomorrow, June 24 at 18:00 London time, on Cris’s webstore. They are available separately, $90 for the Dunny and $115 for the MUNNY or sold as a set for $175. Act fast because these are limited to 3 sets and are destined to fly off the shelf.