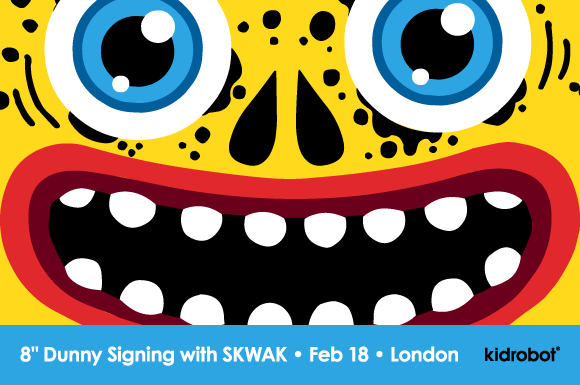 Illustrator SKWAK, of Oil Slick Dunny, is doing a signing at Kidrobot London!

SKWAK is an illustrator hailing from the north of France. His unique graphic universe, Maniac World, revisits children’s fairy tales and common myths. The adventures his Maniac characters embark upon are inspired from our daily lives but exaggerated to the point of absurdity, expressing the idea of “too much” through power, wealth, and celebrity.