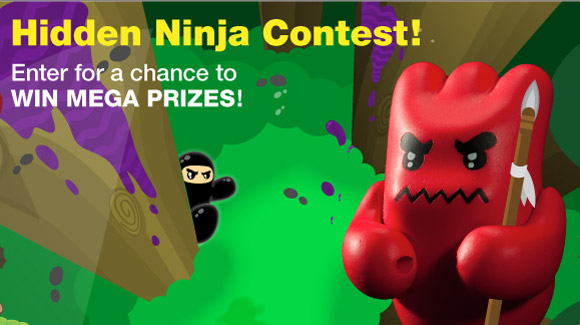 Kidrobot and Shawnimals are teaming up for real kick-butt promotion, the Hidden Ninja Photo-Bomb Contest! We challenge you to channel your favorite Ninjatown character by:
1. suiting up ninja-style, (yeah seriously, dress up like a real ninja!)
2. stealthily positioning yourself in a public place without being detected, and
3. photographing yourself with as many clueless bystanders in the shot.
*Self timers or side kicks recommended. Photoshopping of bystanders prohibited.