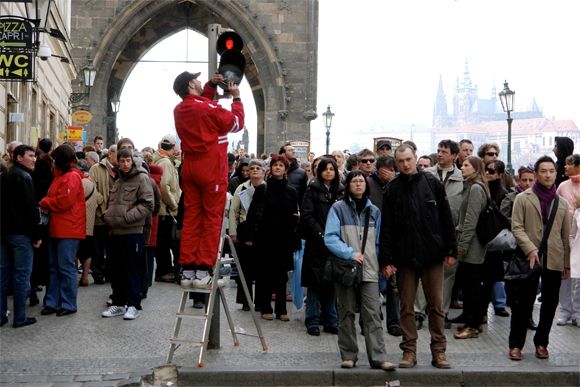 Back in 2007, Czech guerilla artist Roman Tyc took to the streets of Prague for his Semafory Project and replaced 48 walk signals with whimsical figures that make you take a second glance. Hiding in plain sight, the clever culture jammer installed some wild and mild designs in broad daylight. The new silhouettes depicted a man walking a dog, drinking, being hung and urinating. While the locals found the project entertaining, the authorities didn’t find it too funny. Roman was arrested and forced to replace all the lights back to normal. He did however elect to not pay the fine and was sentenced to 30 days in the slammer. The public protested his punishment and decapitated the semaphore figures by painting their heads black.