Seen On CNN iReport At SDCC 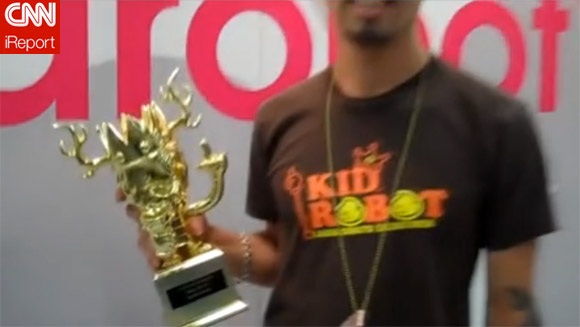 Kidrobot was ruling it this year at San Diego Comic-Con and our friend Chris Morrow of CNN dropped again by for a whirlwind iReport. Touring through the Cultyard and beyond, her in-your-face video captured some candid moments with Frank Kozik, Jermaine Rogers, Matt Groening, and many more.

Oh yeah, did you hear Mini MUNNY won the Best DIY Platform in the Designer Toy Awards this year. Here, Gabe shows off our prized trophy designed by Pete Fowler.

The post Seen On CNN iReport At SDCC appeared first on Kidrobot Blog.