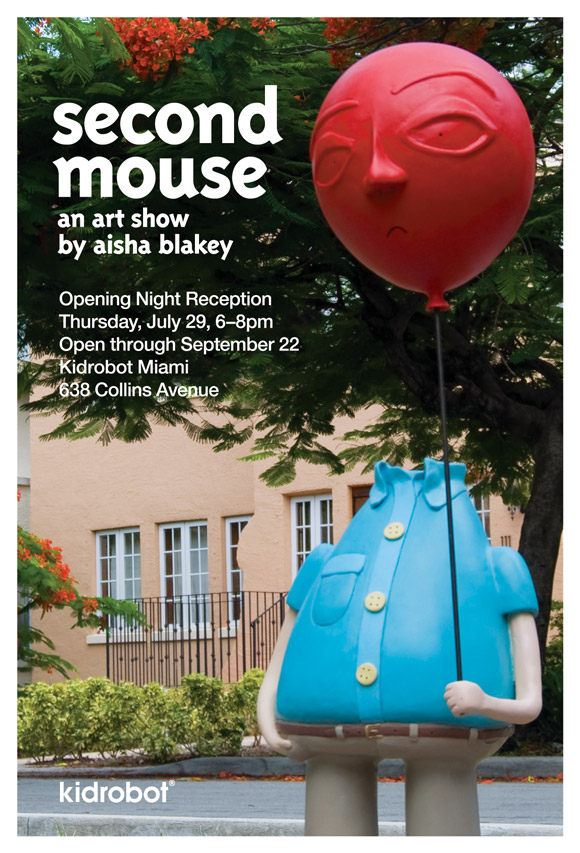 The early bird gets the worm, but the second mouse gets the cheese. Contemplate this adage with Miami artist, Aisha Blakey for her solo exhibition of colorful off-kilter characters, Second Mouse. With a background in sculpture and design, Blakey utilizes a variety of media, ranging from plaster to discarded toys to explore notions of personal isolation within a society. Together her hand crafted characters create a world of ambiguity, inviting the viewer to fill in the blanks.

The opening reception kicks off tomorrow night Thursday, July 29 from 6-8 pm at the Kidrobot Miami Gallery. Second Mouse will be on display throughout September 22.