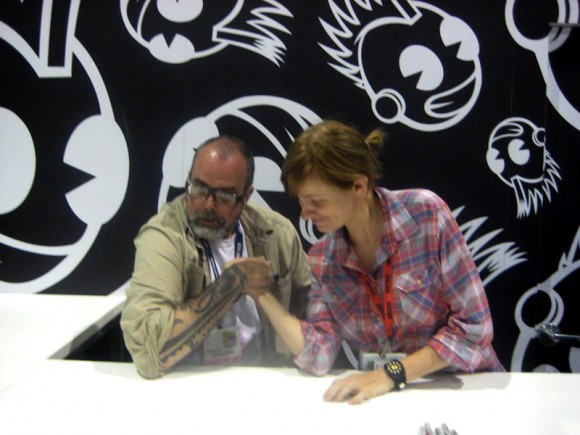 A lucky 300 attendees met the artists and got the opportunity to make this rare vinyl even more special with a double signing.

Uber fans of the super-limited edition Amanda Visell x Frank Kozik “Wood Labbit’ won a prime spot in line at San Diego Comic-Con to meet the artists and get their vinyl signed.