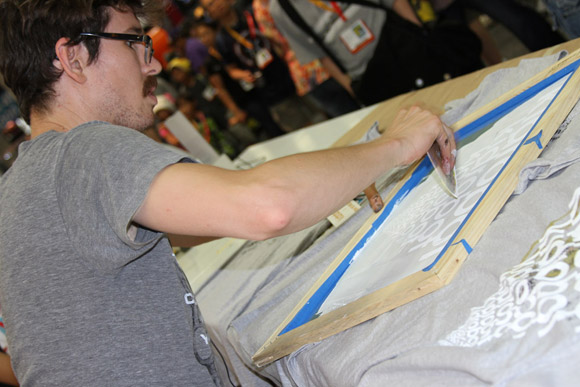 Stepping up the fashion game this year at SDCC, I, KR’s Social Media Ambassador Ryan the wheelbarrow, busted out my screens on Sunday for some live printing of exclusive Kidrobot t-shirts. Onlookers gathered around KR’s booth for almost 3 hours as I showed off my low-tech fashion vandal skills and customized 78 t-shirts on the spot. I also hit up a handful of MUNNYs using the excess ink on the shirts as a way to apply paint around the curved surfaces.