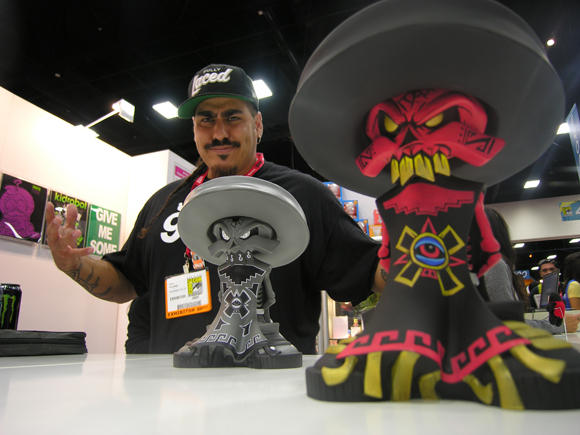 SF based Dunny Azteca II artist, Jesse Hernandez was holding it down at SDCC yesterday for the exciting release of El Bandito Muerto. Jesse hit up our 4-foot chalk Dunny and brought an extra special customized Bandito for our viewing pleasure only.

Attention Comic-Con goers! There is still a handful of these deadly exclusives remaining. Make a break for KR’s booth 4529 to snag one before your too late.