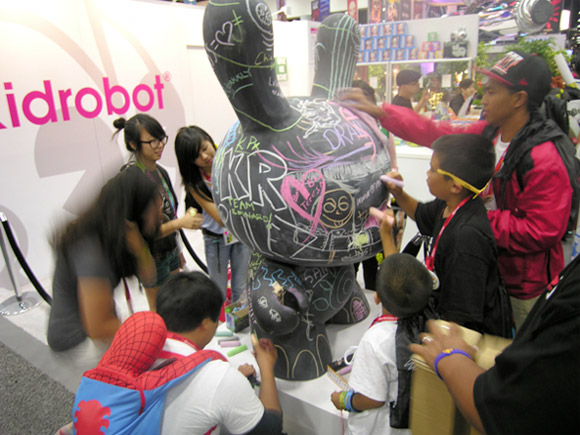 The Kidrobot booth at SDCC was extra special this year with the addition of an interactive 4-foot chalk board Dunny. Kids of all ages cut loose, scribbling and scrawling on the massive platform toy. Everyone playing along was thinking the same thing, “I wish I had this at my house.”