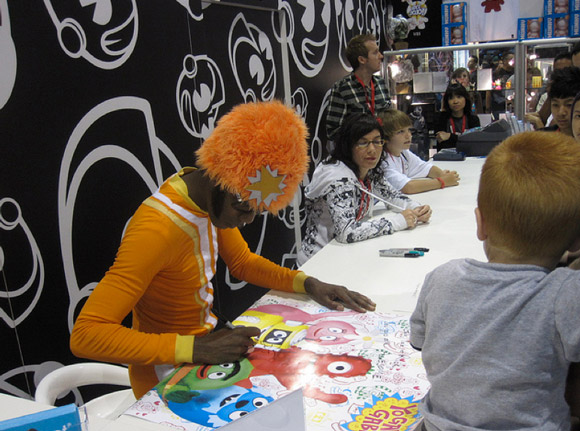 Host of the hit show Yo Gabba Gabba, DJ Lance Rock was at the Kidrobot booth for the pre-release and signing of his new 3-inch Dunny. The crowd was super excited and a little overwhelming, keeping DJ Lance a half an hour over his time limit. The DJ Lance Dunny will be available on September 2. 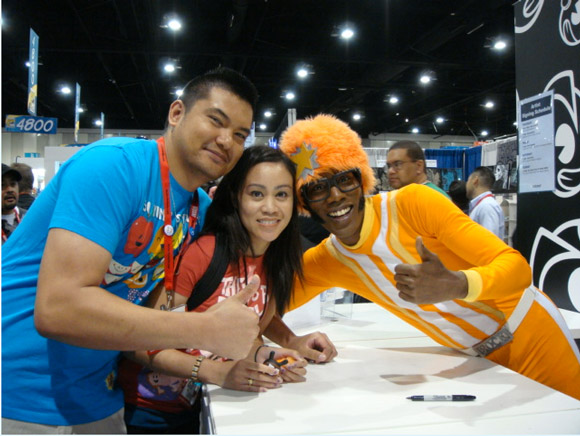 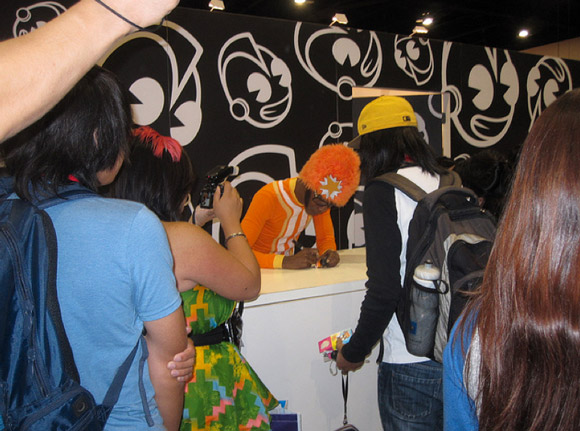 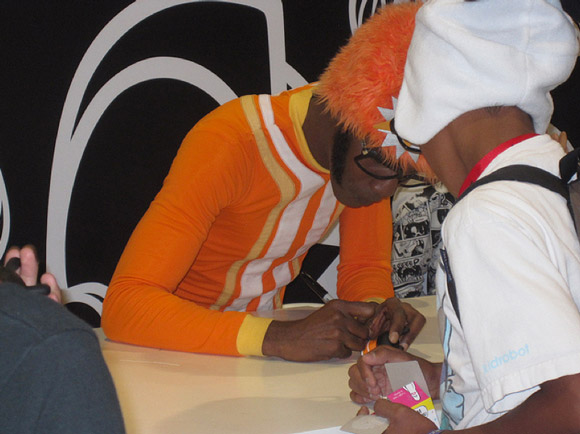