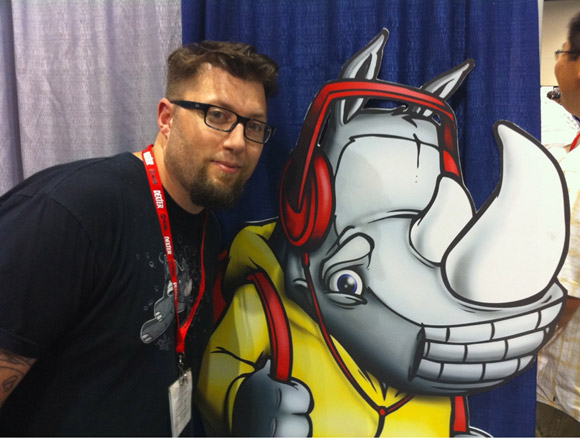 Scribe aka Donald Ross has just debuted his new mini series at SDCC, The Resound Field Guide produced by Cardboard Spaceship. There are two versions of these designs, including the regular edition and the limited ivory edition.