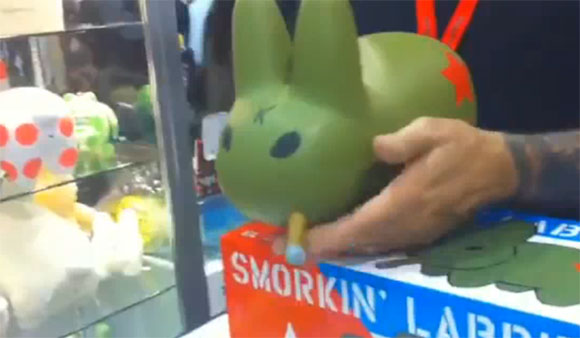 King of Smorkin’, Frank Kozik has released his new rare exclusive El Cubano 10-inch Labbit. This bad boy is toking on a big cigar and limited to 130 pieces world wide with only 100 of those available at SDCC. Frank will also be doing some fun giveaways via Twitter all week. Follow @frank_kozik for the daily secret word for a chance to win one of his toys. Go to frankkozik.net for more info.