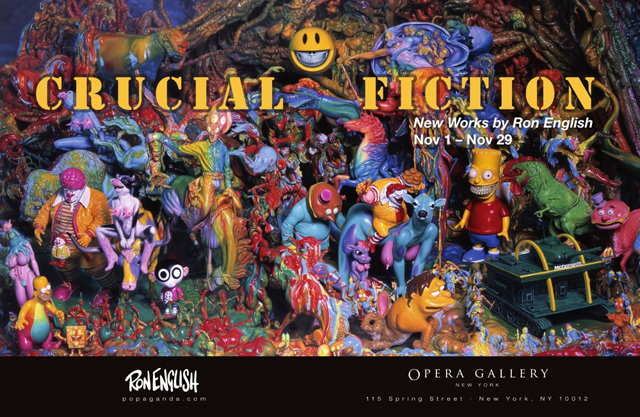 Crucial Fiction is the solo art exhibition by influential New York contemporary artist and curator Ron English at Opera Gallery. The exhibit displays a series of new paintings by Ron that all collaborate with his former child self.

The works address a fantastical question: What might happen if a 50 year old man at the height of his powers as a fine artist and painter, could finally animate the elaborate visions constructed by his 8-year-old self, that boy who dug holes to China in the backyard while imagining every blade of grass as a green army soldier laid low by the advancing plastic hordes of cowboys, indians and assorted disposable heroes? What might result from the combustible alchemy of imagination and experience, of mastery and abandon? In “Crucial Fiction” Ron answers this question. His images speak of the time we live in, they could be read as sociological studies of consumerism and advertising or the fun dream of a kid exposed to mass media.

Ron English is considered “The Father of Street Art” and his hilarious and scary world will be on display until November 29, 2012. 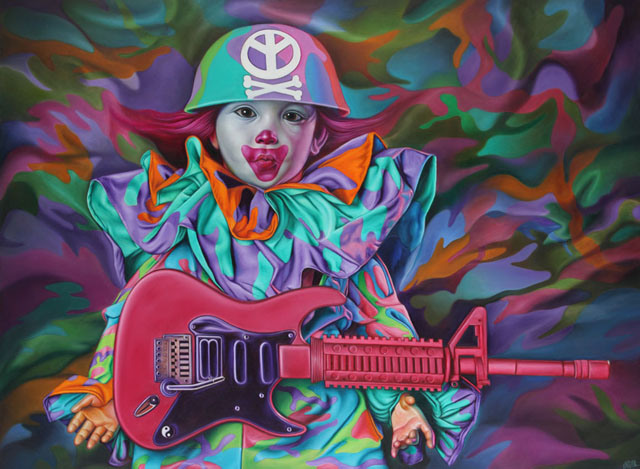 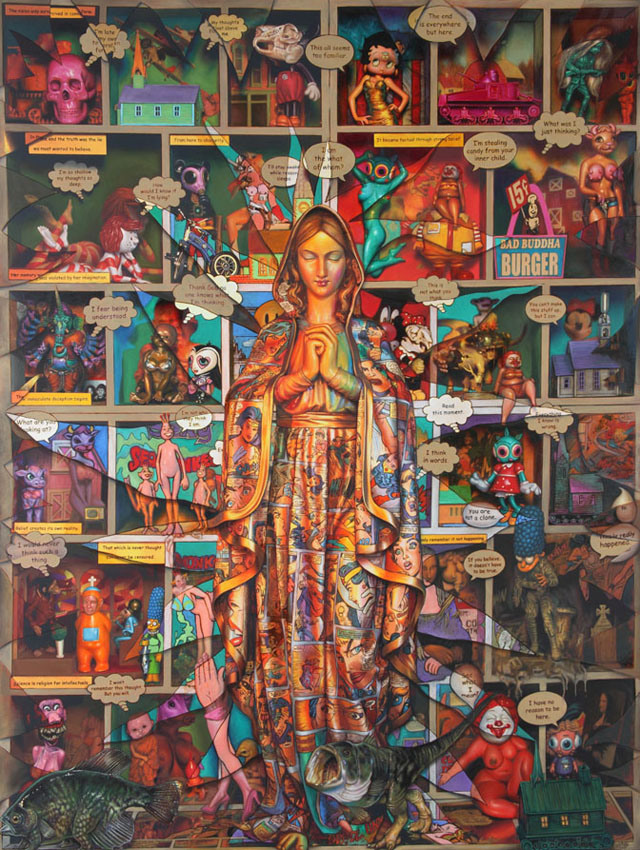 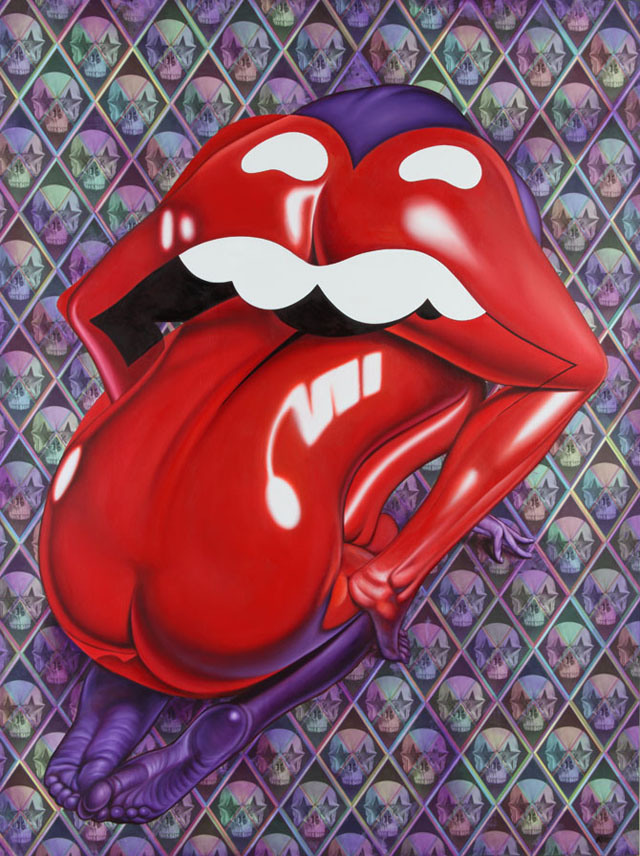 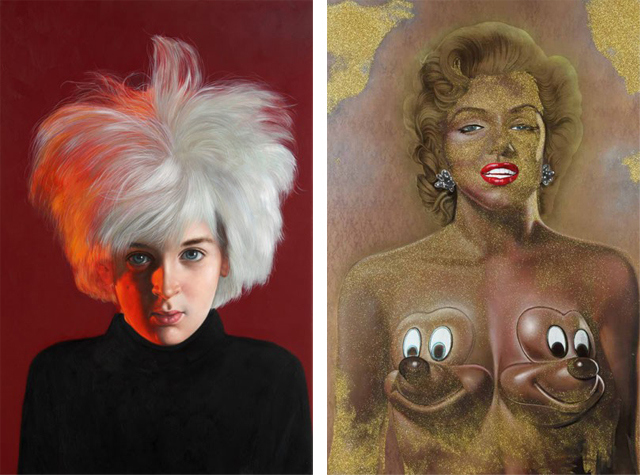 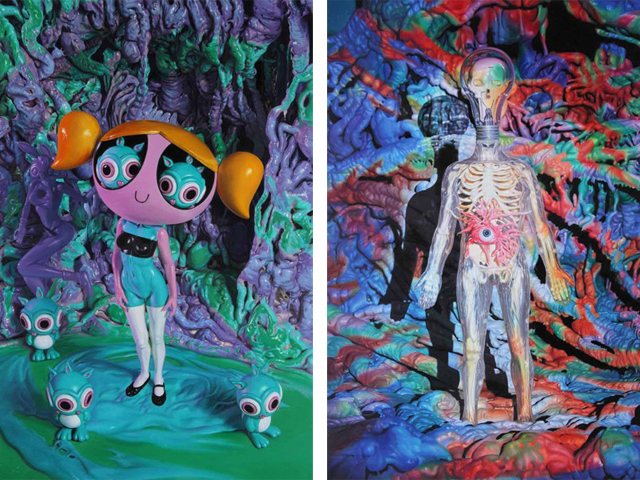 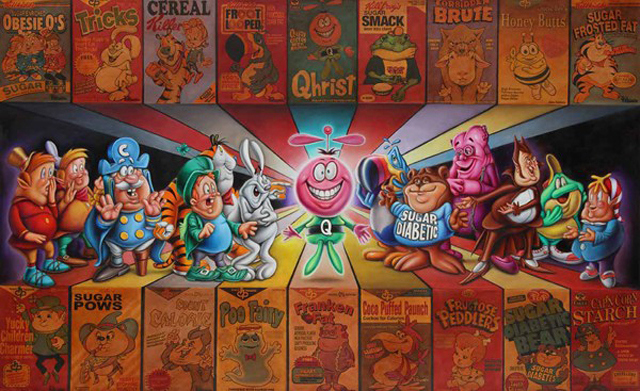 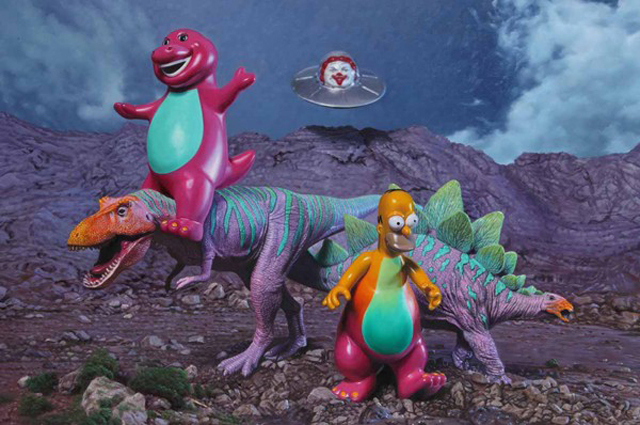 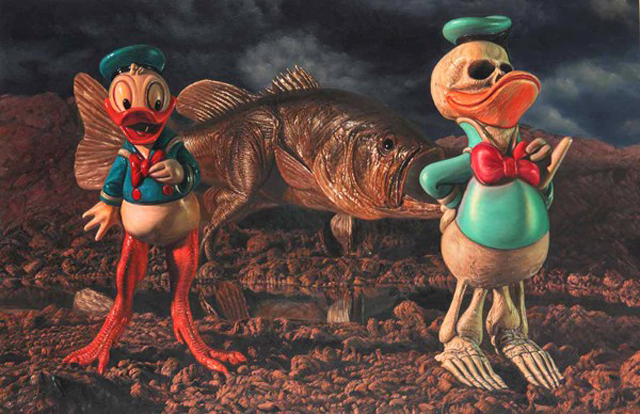