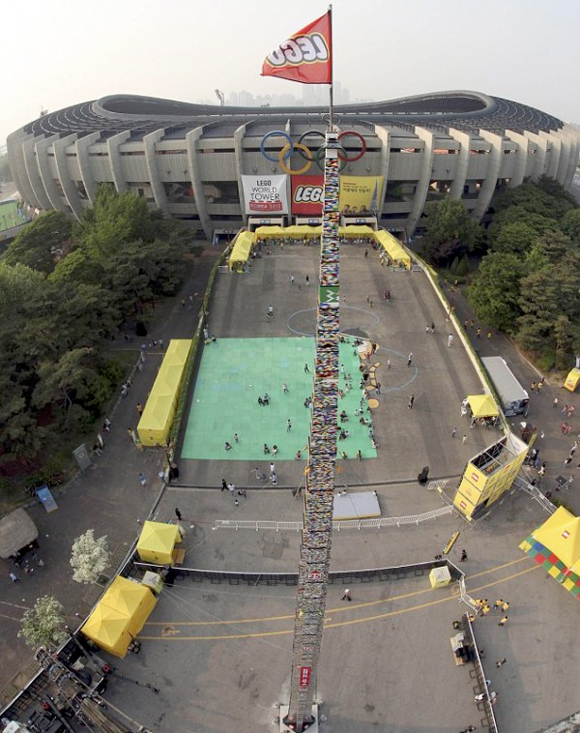 South Korea celebrated LEGO’s 80th anniversary earlier this week by constructing a record breaking skyscraper using 50,000 of the beloved little plastic bricks. Taking place in front of the Seoul Olympic Stadium, 4,000 kids helped build the 31.9-meter, 104.65-foot tower, with the help of a few professional LEGO model builders of course. The 5 day event attracted a crowd of over 30,000 including the Crown Prince of Denmark, who placed the final brick topping France’s previous record by 31-centimeters. 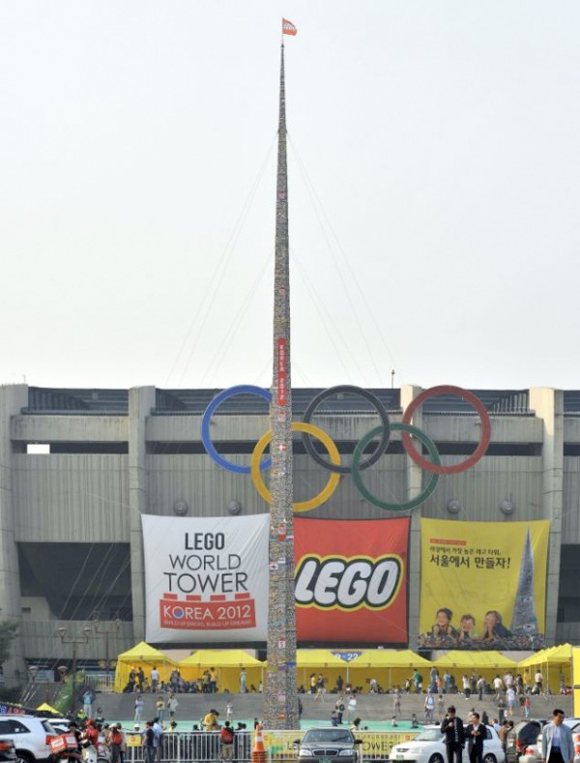