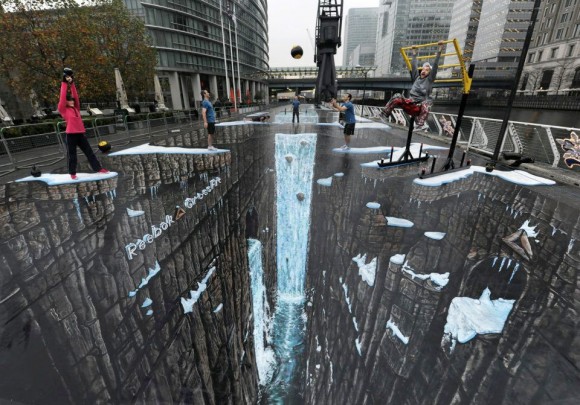 This past Thursday, November 17 – aka World Record Day – London based street artists 3D Joe and Max broke new ground as they teamed up with Reebok CrossFit to create a record breaking 3D street painting. With only a week to produce, this epic installation covered a total of 1,160 square meters or 9,601 square feet. The internationally renowned perspective painters have officially landed in the Guinness Book of World Records for longest and largest 3D street art. Check out some pics of the work in progress as well as a cool video documenting this eye-boggling street art. 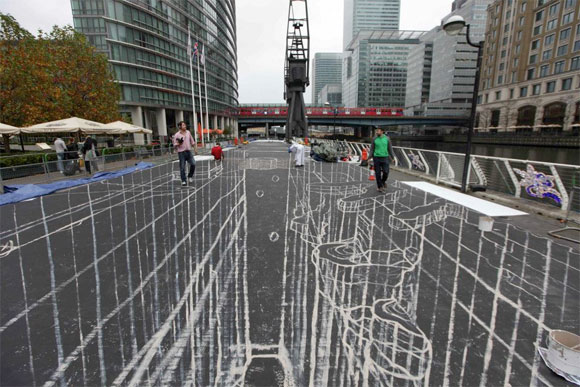 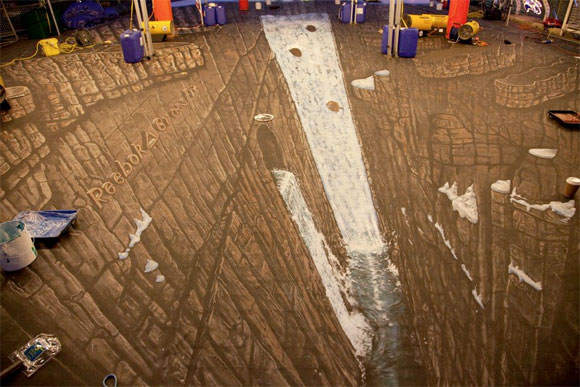 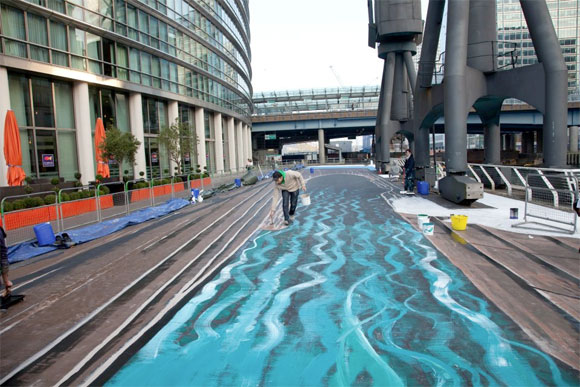 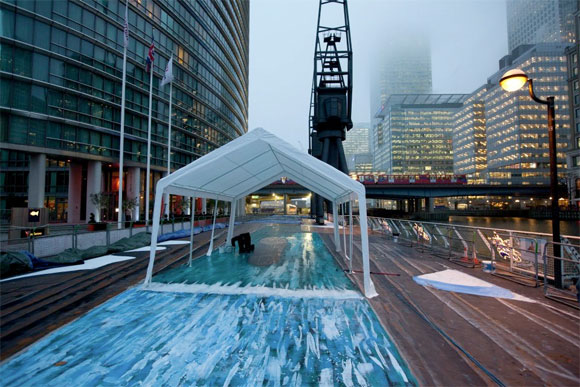 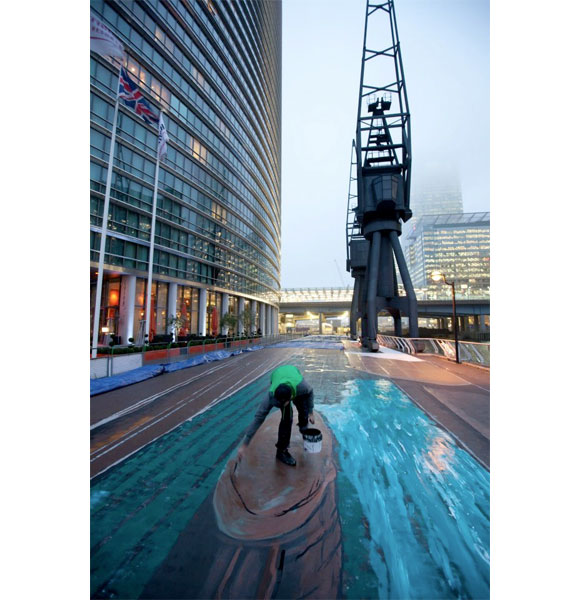 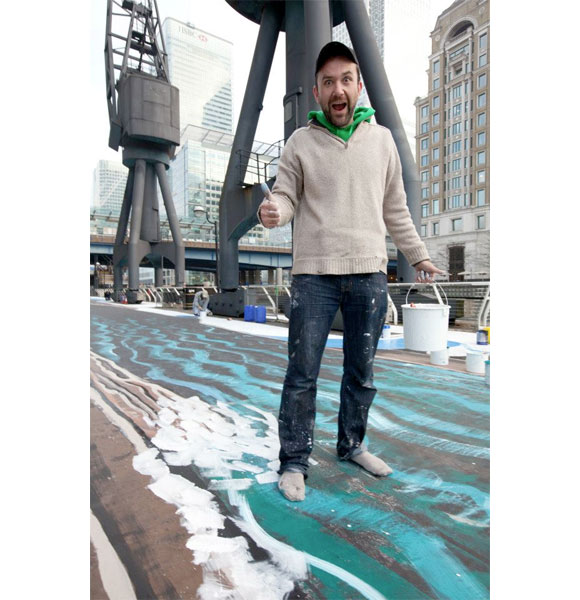