Qee to Life in Long Island 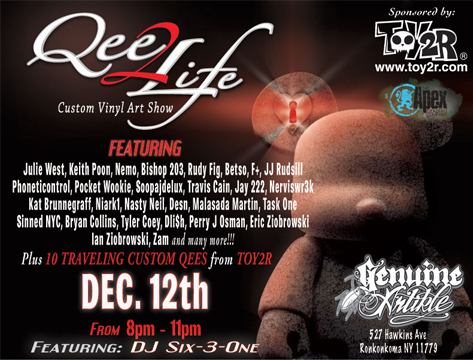 “Qee to Life”, a custom Qee show sponsored by Toys2R, is going down at Genuine Artikle Gallery in Lake Ronkonkoma, NY on December 12. The show will feature a slew of artists including Travis Cain, who contributed the elusive solid wood chase to Dunny Series 2009.

There will also be a special exhibition of ten traveling Qees, so come out to support all the great art and talent!

Shop for Qee at kidrobot.com.

The post Qee to Life in Long Island appeared first on Kidrobot Blog.