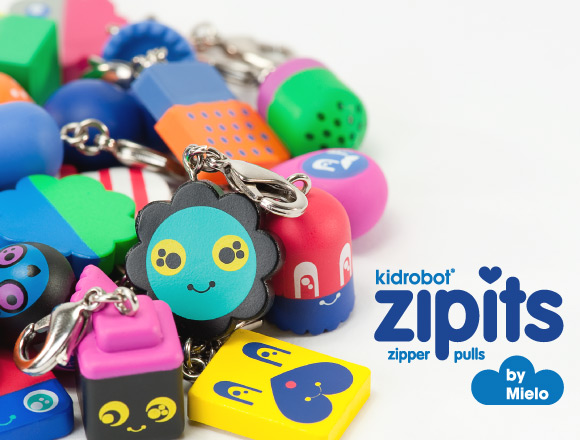 UK-based Mielo puts happiness at the end of your zipper with this colorful new three-dimensional zipper pull series: Zipits. One of the 36 bright-eyed designs is in each blind box world of joy available at Kidrobot stores, kidrobot.com and select retailers this August for $2.95 US (£2.75 UK; 3€ Europe).