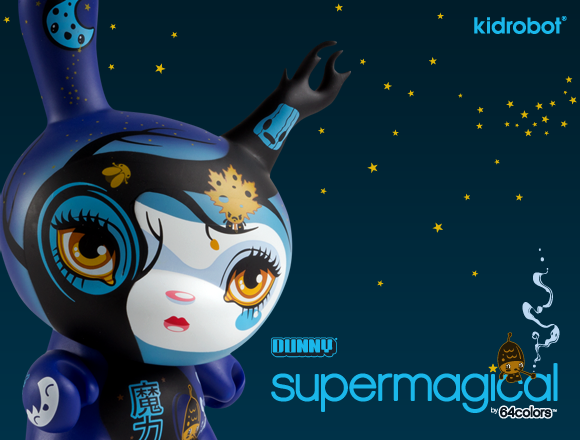 I roam the forest keeping a watchful eye for those who disrespect that which is sacred and in decline.
Beware and do not destroy, or I will descent upon you with a mighty fury and vengeance that is swift and absolute.

Inspired by myth and folklore, supernatural events, and walks in the woods behind their studio, 64 Colors weaves together tales both real and imagined to create the 8-inch Supermagical Dunny, a strikingly beautiful but merciless sentinel of the forest.  Featuring a uniquely sculpted head with branched ear, intricate matte painted details, and captivating watchful eyes, the Supermagical Dunny keeps watch and protects the animated acorns, the dancing leaves, and the mystical mushrooms. As long as she is on guard, the woods are alive with mysterious life forms and energy. 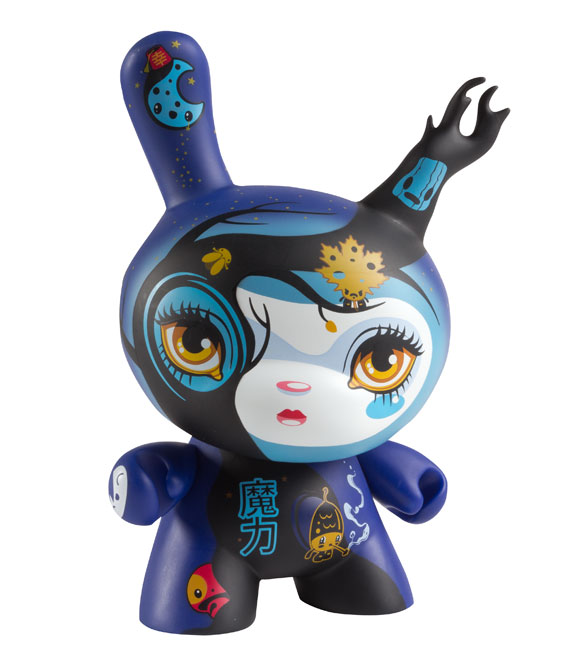 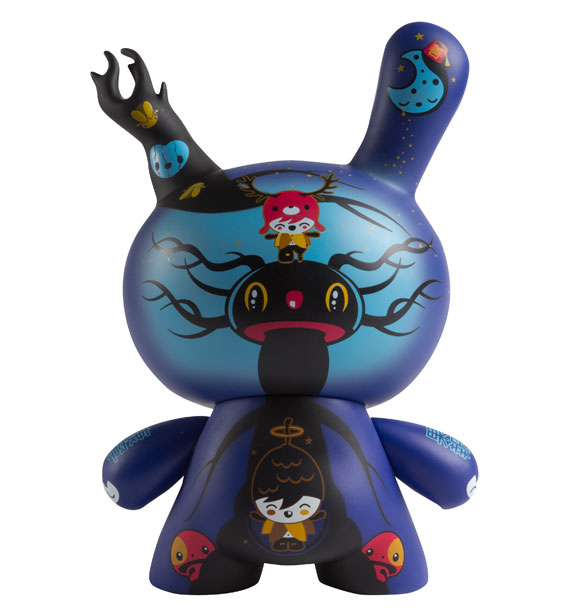 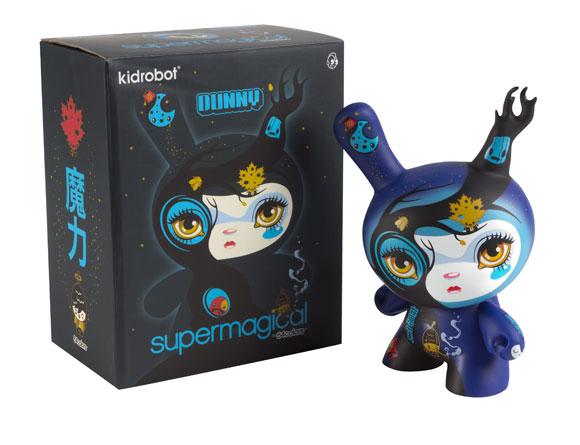