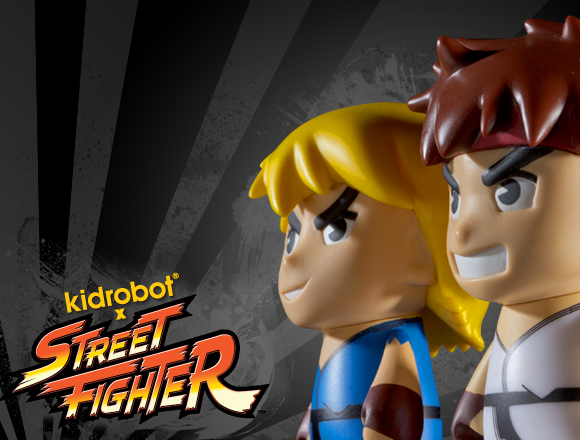 Capcom’s Street Fighter, now in its umpteenth iteration with over 29 million copies sold worldwide, teams up with Kidrobot to take you back to the arcade with the ones who kick-started it all – Ryu, Ken, Chun Li and, of course Blanka, the wild man.  All 12 of the original World Warriors, including the Psycho-Powered chase, are blind boxed and stylized in 3-inch vinyl.  Gaming’s best known fighters, each with their own unique fighting style, bring you back to your old pizzeria face-offs.  Figures feature articulated arms just itching to deliver that final sonic boom. Available beginning July 7 for $9.95/blind box. Hadouken!