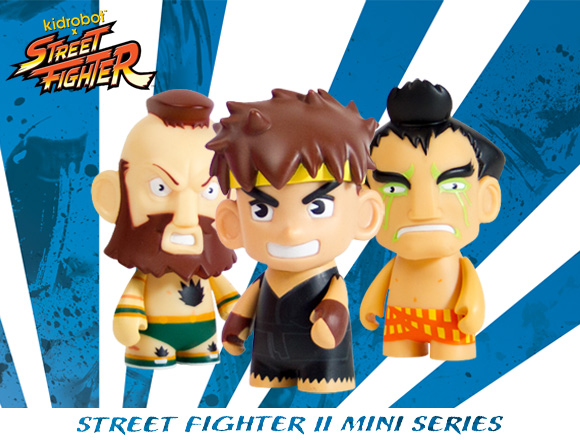 Fight me again!!
The Street Fighter warriors are ready for a rematch! Featuring 14 new 3-inch vinyl designs with awesome new characters and foundation fighters in alternate form. Each figure is blind packed and full of fight! Let the match begin!
Street Fighter returns to the streets August 29. Street Fighter Series 2 retails for $9.99 US and is available at Kidrobot stores, kidrobot.com, and select retailers worldwide.