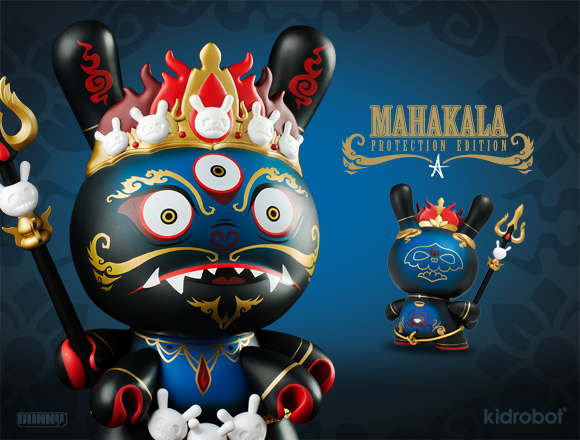 Dunny-sattvas take wrathful form when a gentler approach is not effective.

Seemingly demonic, the Mahākāla deity is a stern protector. With his trident, he fights the poisons that blind – pride, lust, greed, and ignorance – and destroys those that hinder the knowledge of enlightenment. He has four arms, three eyes, and one fiery crown. Some compare him to death; others hail him as a glorious guard.  All know him to be fierce.

The Mahākāla character ever present in ceremonies throughout the Himalayan region inspires the 8-inch Mahākāla Dunny by Andrew Bell. The Protection Edition is limited to 900 pieces and rules with a trident accessory, extra set of articulated arms, and removable Dunny skull belt. Begin worshipping August 2 for $100 US (£79.90 UK, €92.70 EU) at kidrobot.com, Kidrobot stores, and specialty retailers worldwide. 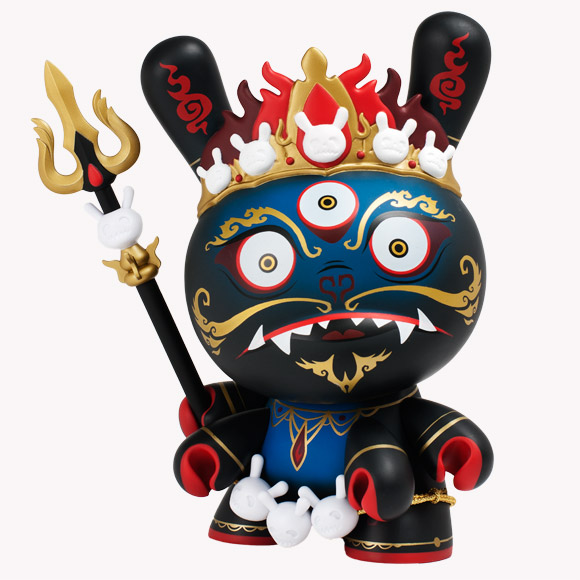 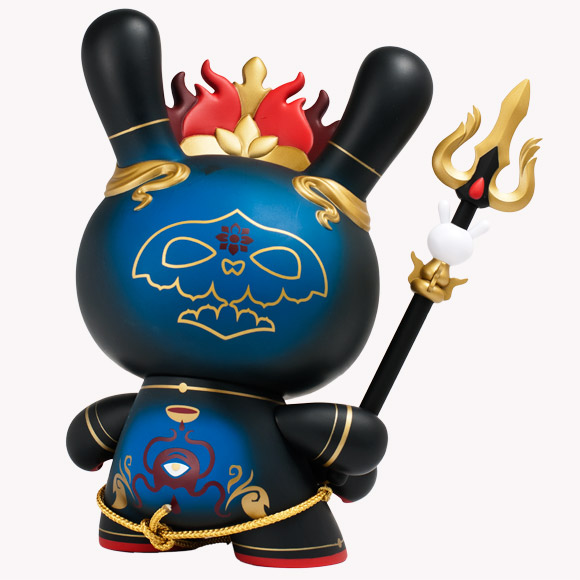 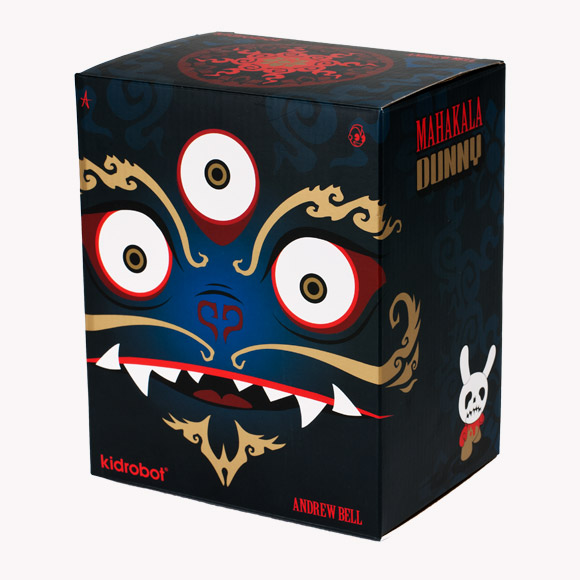