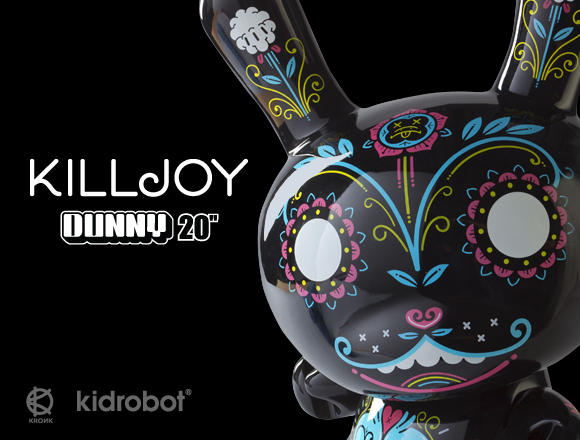 Straight out of South Africa, Kronk’s 20-inch Killjoy Dunny invokes summer’s delight at first blush. But look closer and you’ll discover a far more dark and sinister vibe; the hollow stare of the round white eyes, flowered frowns, the fresh wound in the back. Complex and powerful in black high gloss, Killjoy just tells it like it is – maybe summer isn’t all it’s Kronked up to be. Featuring an articulating head and arms, and blue, pink, yellow and white gloss details. Limited to only 350 pieces worldwide and available beginning June 30 for $400.00 (£319.90 UK; 371.10€ Europe) in Kidrobot stores, kidrobot.com and specialty retailers.