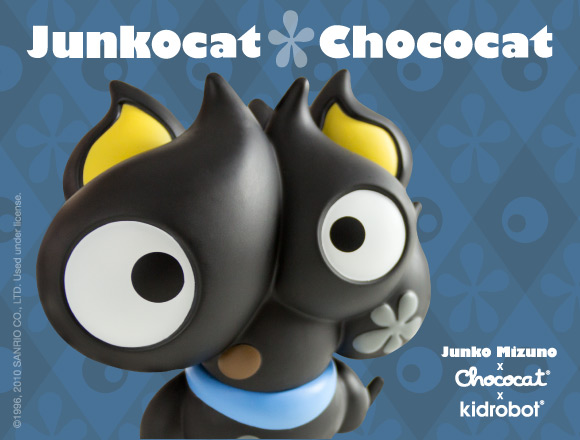 Seldom straying from her subterranean post-apocalypse lair, Sanrio’s Hello Kitty pal Chococat gets a brave new world make-over by Japanese manga mistress, Junko Mizuno. This kitty is hauntingly cute, featuring wild eyes, a third ear and Junko’s signature imprinted on the back of her mutated head. Junkocat is the third in a series of Sanrio characters to be reinterpreted by different artists. Standing 6-inches tall and retailing for $39.95 US (£36.75 UK; 40€ Europe), Junkocat Chococat is available at Kidrobot stores, Kidrobot.com and select retailers starting January 13.