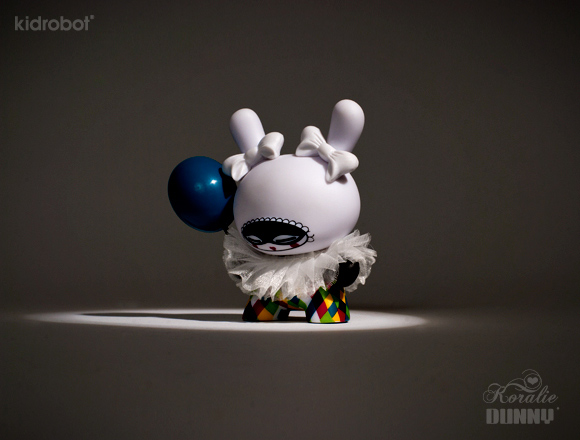 Star of the show, the happy acrobat performs for the crowd. A servant of laughs and those who adore her, Arlequine hides behind a black mask and red painted lips. A fabric collar frames her face and dwarfs her 3-inch frame. Holding a blue balloon, she stands coyly, waiting for the curtain to fall. Arlequine Dunny by Koralie debuts April 12 and is a limited edition of 1,500. Each figure retails for $14.95, and is available exclusively at Kidrobot retail stores. 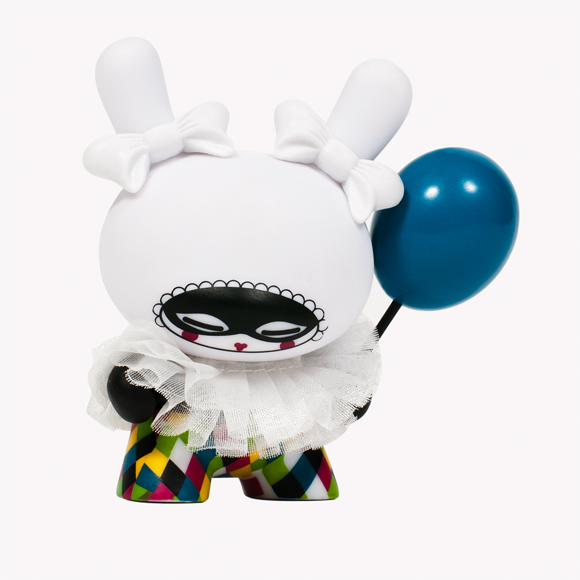 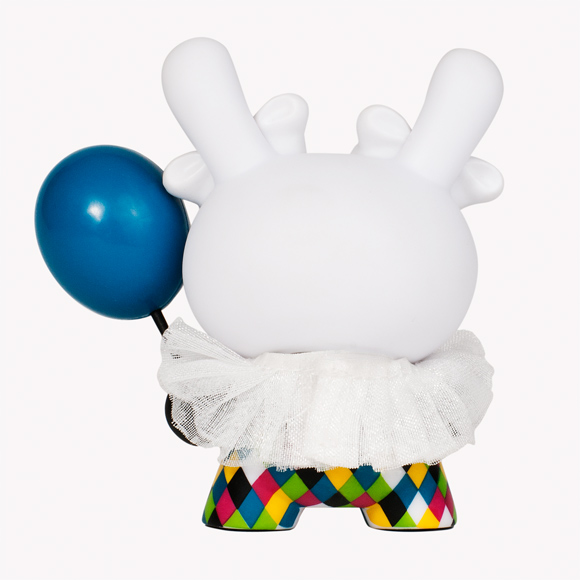 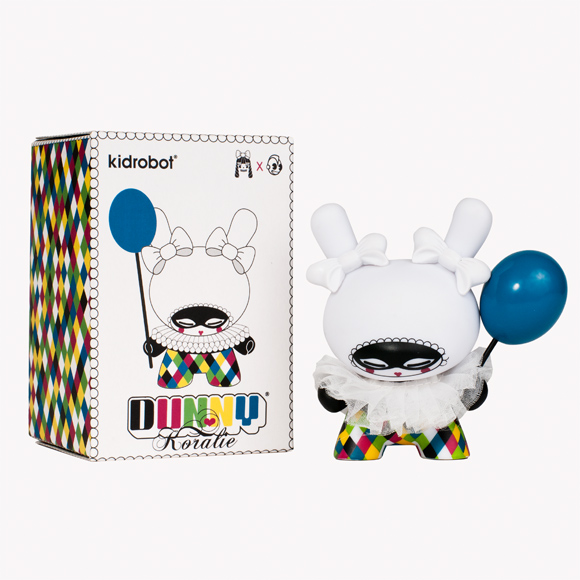 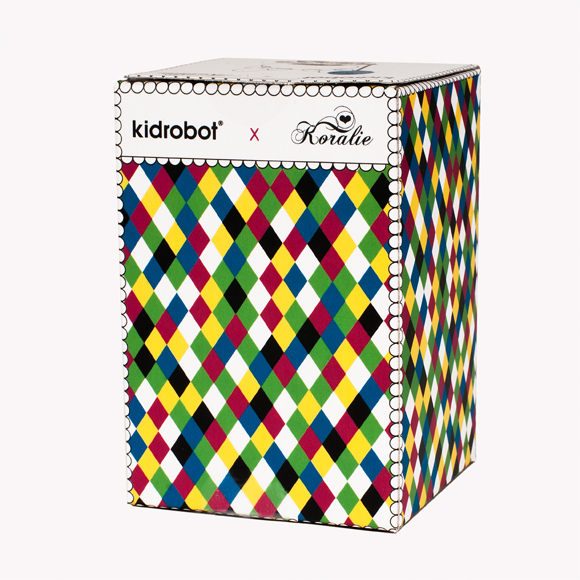