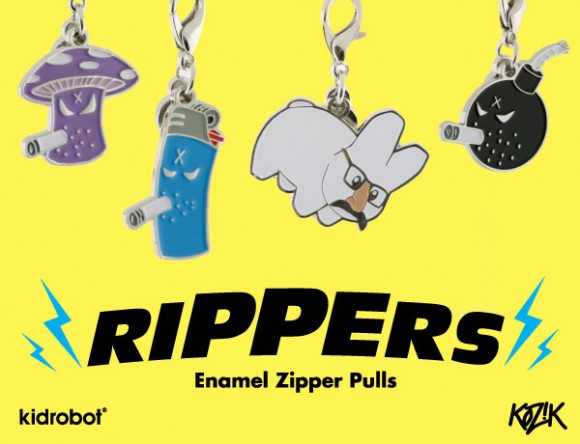 Now you can smork on the go with these 1-inch enamel zipper pulls from Frank Kozik. Pick up Labbit, Captain Blood, Ramirez, and the rest of the posse in this 23 piece series for $2.95 each starting August 6.