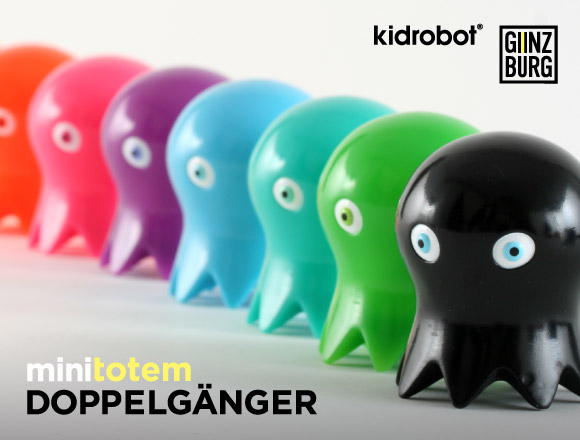 Anton Ginzburg’s stackable specters are smaller and eerier than ever! Retailing for $4.95 each and standing 1.75-inches tall, the miniTotem Doppelgangers invade Kidrobot stores, kidrobot.com, and select retailers in September.

Anton Ginzburg is a sculpture and installation artist based in New York City. His works have been shown at the San Francisco Museum of Modern Art, the Cooper-Hewitt, National Design Museum, White Columns, and the first and second Moscow Biennales. His art is represented in the permanent collections of the Moscow Museum of Modern Art and the Tretyakov Gallery as well as private collections.