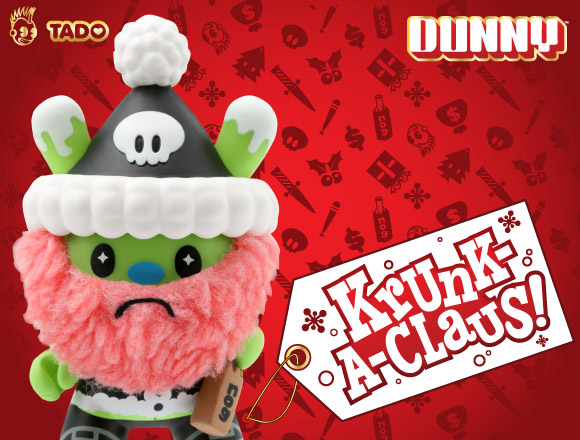 Get in the Yuletide spirit with TADO’s Krunk-A-Clause Dunny. With a bottle of ‘nog and ice cream cone, the jolly Krunk is the gift that keeps on giving. But watch out for the crowbar wielding, holiday hating chase! Blind-boxed and retailing for $9.95 each, the 3-inch Krunk-A-Claus is available at Kidrobot stores, kidrobot.com, and select retailers this November.