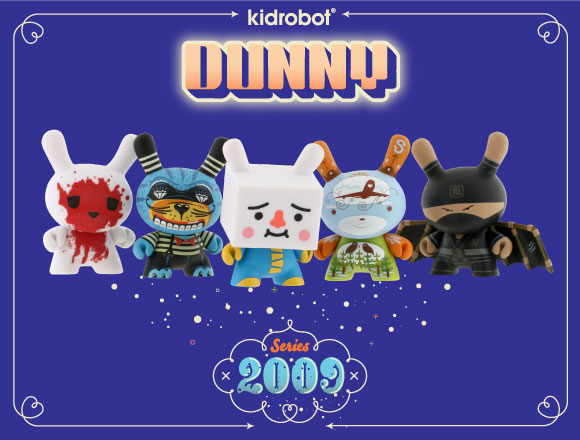 Get ready for Dunny editions of Devilrobot’s To-Fu Head Son and Mori Chack’s Gloomy Bear, plus a new bunch of wild figures equipped with the necessary accessories to wreak havoc on your collection. Keep an eye out for 2 chases that slipped into the line-up, plus Golden Tickets redeemable for an elusive 3-inch Dunny by the NYC-based artist, Pon.

Join us for our Dunny Series 2009 Trading & Pre-Release Parties on September 9 at all Kidrobot stores and select retailers. Celebrate the release of the series, meet fellow collectors, get your trade on, and win awesome prizes!

Dropping September 10, these 3-inch figures will be available at Kidrobot stores, kidrobot.com, and select retailers for $7.95 each.