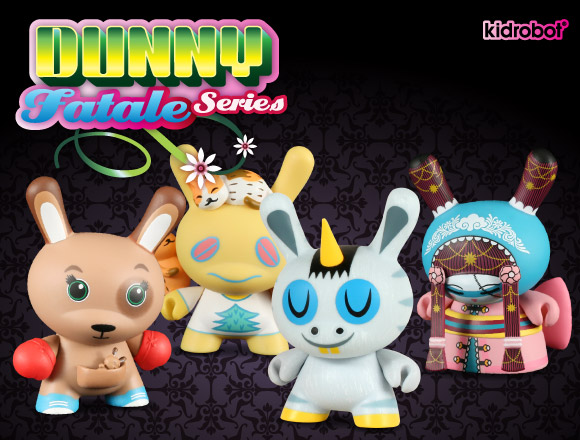 Be entranced by the newest Dunny series, Dunny Fatale, featuring designs from 18 prominent and talented female artists. Some are cute and sweet, others are bold and cruel, but all are irresistible. Each blind boxed 3-inch figure retails for $7.95, comes with a trading card and some include accessories. Dunny starts seducing in late Janurary at select retailers, Kidrobot stores and on kidrobot.com.

January 28, purchase a case of Dunny Fatale and get an exclusive colorway of the 3-inch KLOR Dunny while supplies last. Check the map to find the nearest participating retailer!