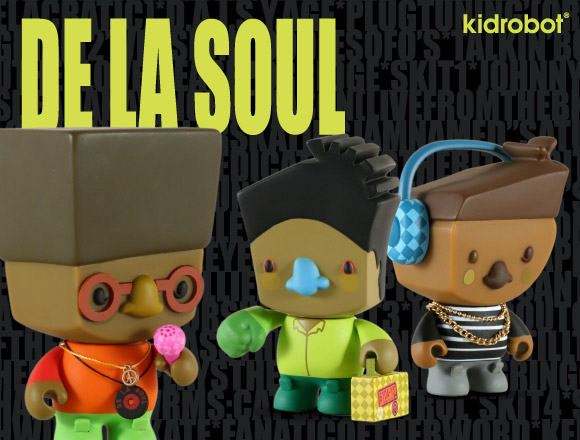 To celebrate the 20th anniversary of their debut album 3 Feet High and Rising, hip-hop pioneers De La Soul teamed up with Kidrobot to create this limited edition set of 3-inch figures.

Each figure comes with individual accessories and the set comes in futuristic space travel boxes, symbolizing De La’s mission to take hip-hop to the stratosphere and beyond. Retailing for $50, the De La Soul 3-Pack arrives at Kidrobot stores, kidrobot.com, and select retailers on March 18.

In the mean time, satisfy your De La fix with this sweet t-shirt.