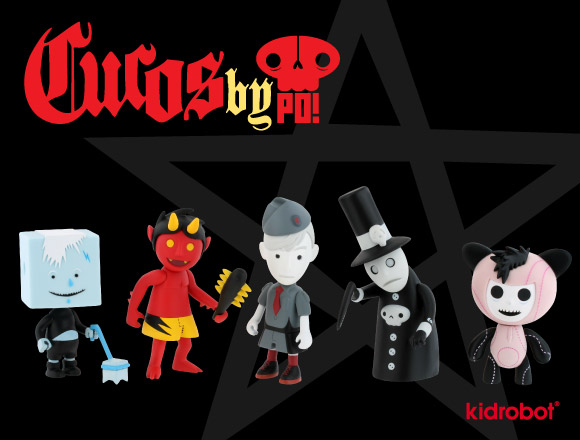 From the dark recesses of Patricio Oliver’s mind come the unique and bizarre group of children called the Cucos. Led by the elusive and sinister Cursed Twins, these 3-inch terrors retail for $9.95 each and torment Kidrobot stores, kidrobot.com, and select retailers on October 22.