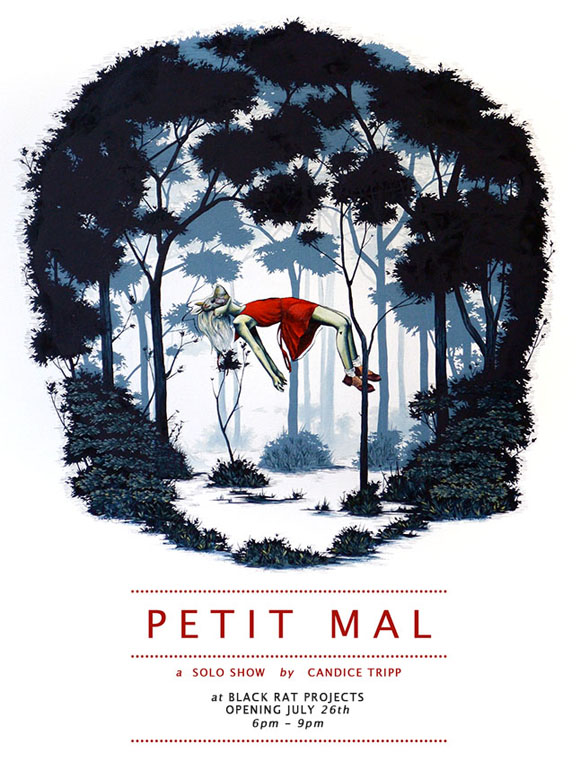 This Thursday, July 26 , UK via Cape Town based artist Candice Tripp opens her first solo show in London entitled Petit Mal at Black Rat Projects. Candice has been burning the midnight oil for months upon months in her tiny space to produce 14 brand new canvases along with a plethora of new Tribe paintings.

The title and subject this time around is “Petit Mal” which from French means “little illness” and refers to a very brief form of seizure. With this in mind, the show explores themes of normality, insanity, order, disorder and the dark innocence of childhood ‘Petit Mal’ envisions Tripp’s perception of infant ‘petit mal’ syndrome as “a brief interruption of consciousness”. Candice took time out from the installation to send us some images of the pieces in various stages of development. Coupled with adult themed titles we can see this creepy, dark, and almost horror filled world of these child forms adorning the ever amazing animal masks. This looks like a stellar show with jaw dropping works.

The Show opens to the public from July 26 to August 18.
Private view July 26 from 6-9.  email info@blackrat.com to RSVP 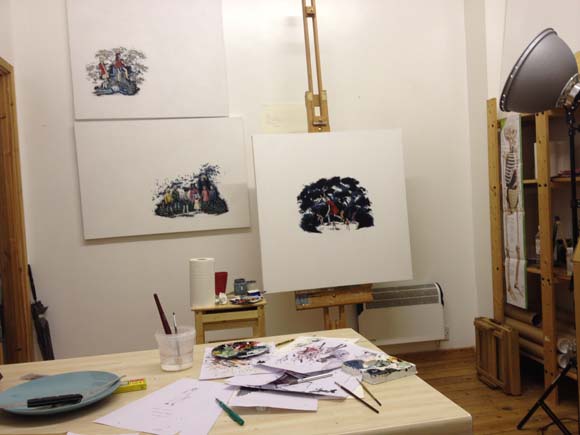 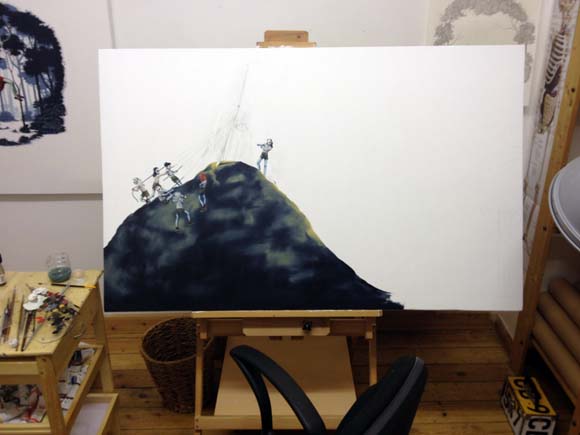 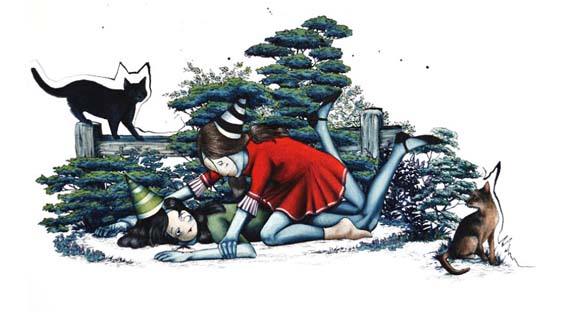 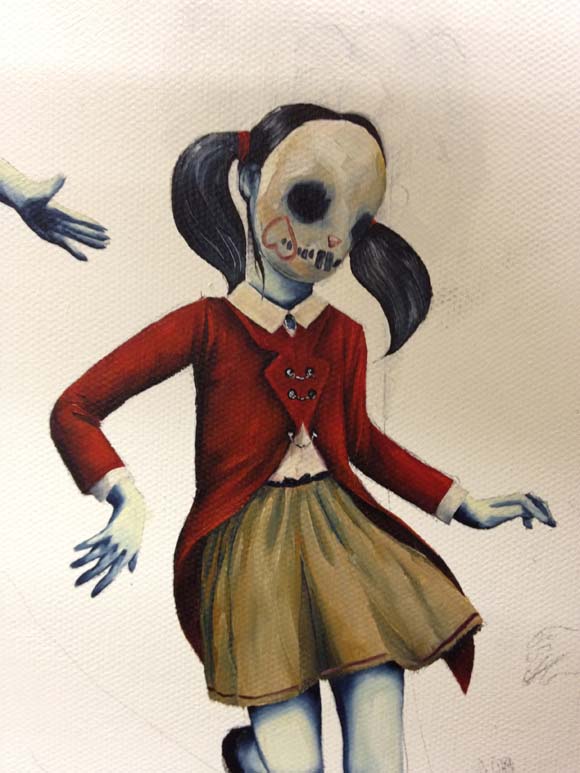 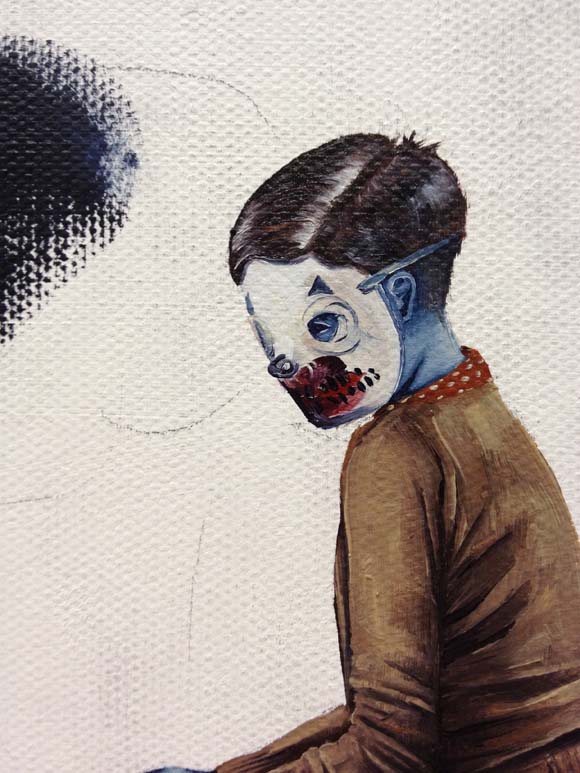 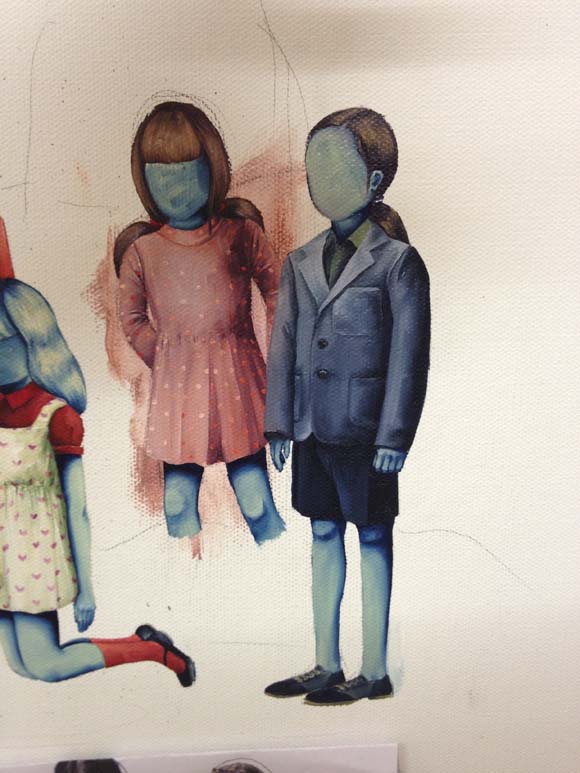 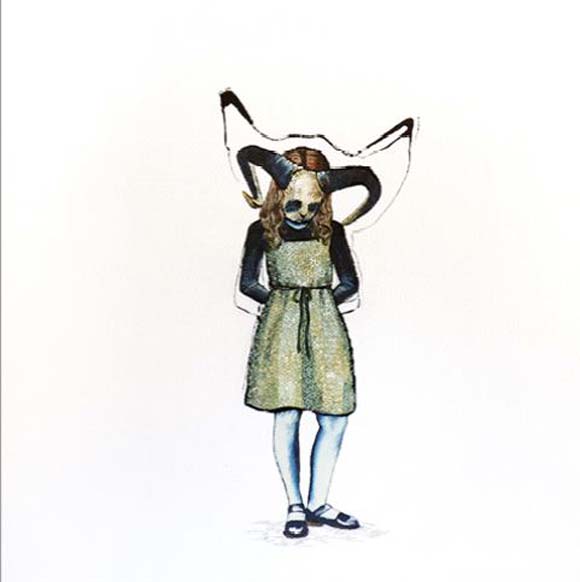