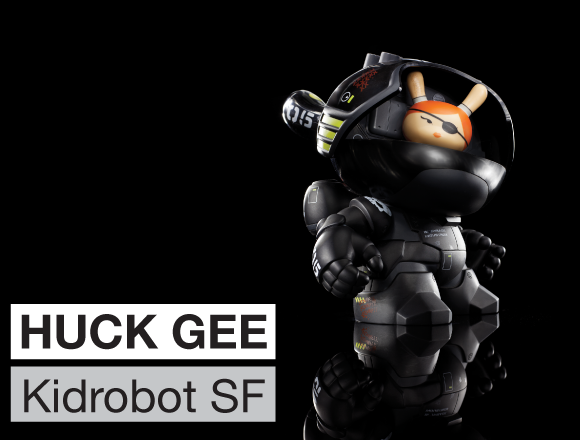 Stomp!! Stomp!! Stomp!! To commemorate the release of Penelope McStompsalot,  Kidrobot is inviting all fans to join us at Kidrobot SF for an exclusive signing with artist, Huck Gee. Kick off the first 8″ Dunny release of the year by receiving a special limited edition print with purchase of a McStompsalot Dunny that you can get signed by the man himself! Come stomp by Thursday February 13th and join the excitement 6pm to 8pm. See you there!