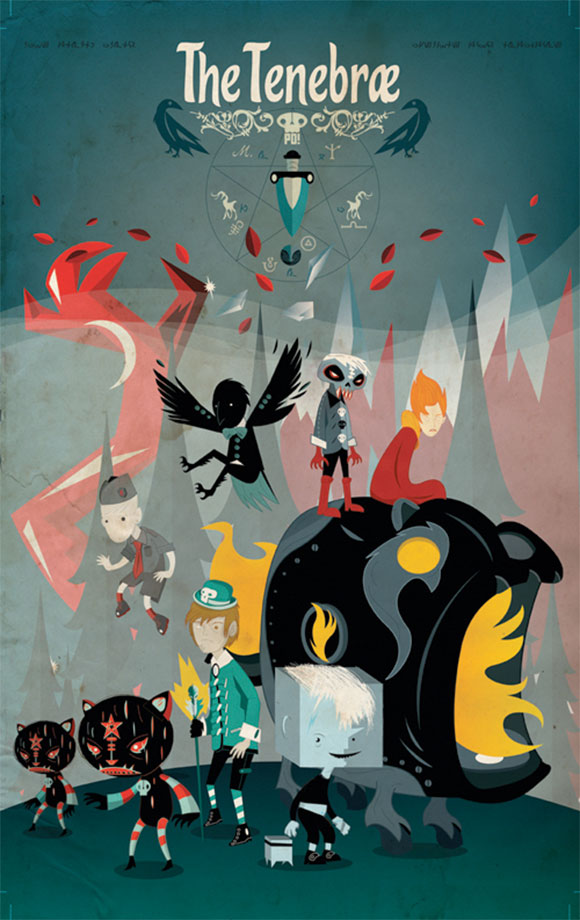 The master of macabre and creator of the Cucos mini series, Patricio Oliver is reaching out to the survivors of Haiti. He’s donated his skills to The Poster Cause Project with this 11×17″ poster and a Cucos mini figure. In support of relief efforts, 50% of proceeds go to Invisible Children. So, support The Poster Cause and score one of the 50 prints before they are gone.