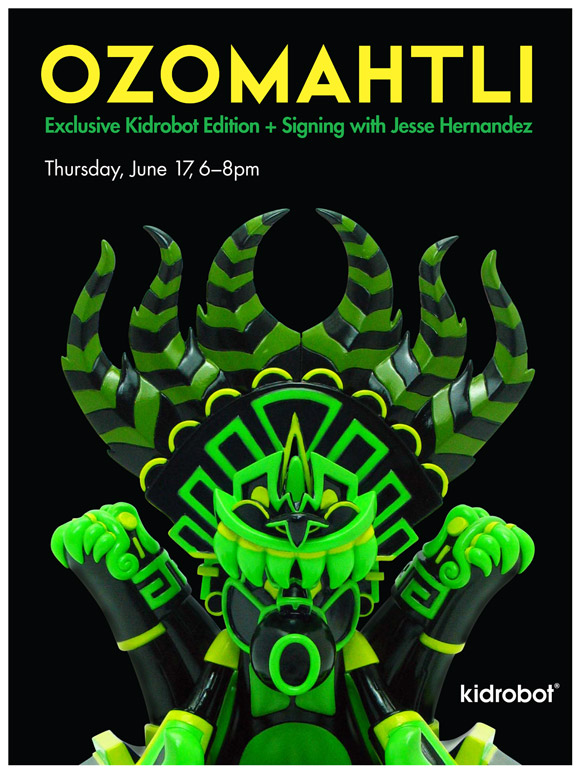 Inspired by Aztec royalty and street culture, Jesse Hernandez has created his first original figure, Ozomahtli. With its intricately detailed headdress and throne, his majestic monkey will reign supreme over you vinyl collection.

Meet Jesse on Thursday, June 17, when he will be at Kidrobot San Francisco for the signing of the super limited KR exclusive edition of this magnificent 9-inch figure.