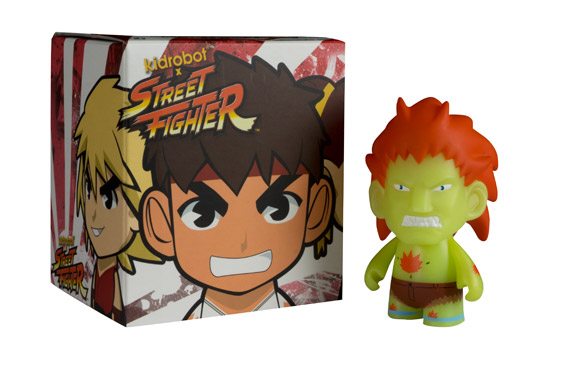 Kidrobot and Capcom took you back to the arcade with the Street Fighter Mini Series featuring all 12 of Street Fighter II’s original cast of characters stylized in 3-inch vinyl.  Now, exclusive to 2011 NYCC, a limited edition chase figure is revealed – the feral and electric-powered Blanka! Resembling more monster than human, Blanka has an in-the-dark glow to navigate his way through the Brazilian jungle.  Only 1,000 of these chloro-filled chases made it out of the wild (and to NYCC) for $11.95/blind box. 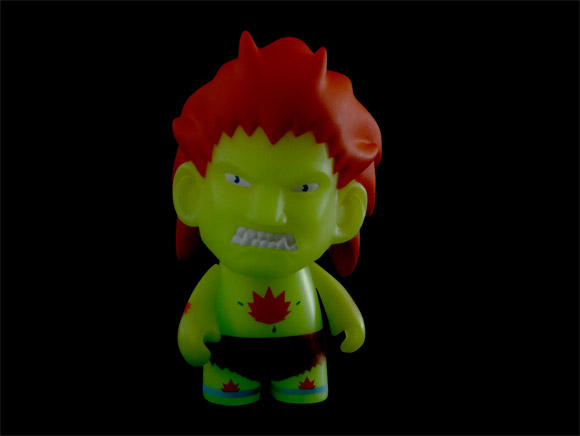